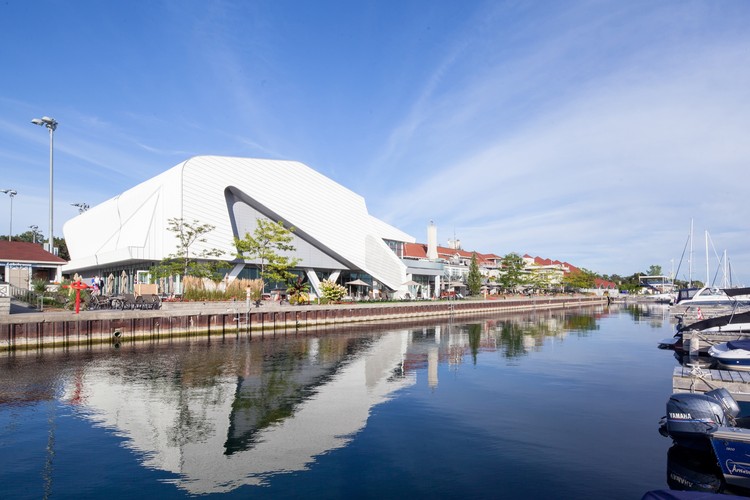 Text description provided by the architects. The Boulevard Club is an iconic structure on Toronto’s western waterfront, immediately identifiable from both the land and the lake. The new West Wing expansion is a two-storey addition connected to the west side of the historic centre block building that was designed for the Parkdale Canoe Club by Molesworth West & Secord Architects of Toronto in 1923.

The expansion includes change rooms, a spa and wellness centre, five badminton courts, a multi-purpose gymnasium, and numerous small lounges.  The volumetrically large and windowless program is creatively organized as a sculptural form on the tight site while taking full advantage of the views to the lake and respecting the water views from the north.

The building continues the tradition of pavilion architecture along the western waterfront.

The project organizes the large, windowless volumes of the program elegantly and naturally on a very tight site and seamlessly extends the circulation flow of the existing building.  The mass of the large spaces within the building are mitigated by a large, flowing roof.  The roof starts low on the east to connect to the historic clubhouse and to maintain views from the Parkdale neighbourhood to the north, and then rises to the west over the large badminton courts.  The roof is an iconic landmark from the water and a folly-in-the-park from the land side.  The complete building is a sculptural composition of three roofs, each representative of its era: the early 20th century centre block, the exuberant mid-century modern roof of the east wing, and the computer-generated curves of the 21st century addition.

The building is clad in a high-albedo white aluminum standing seam that is installed on thermally-broken clips that minimize cold-bridging to maximize the effect R-value of the assembly.

The site does not have access to a storm sewer system and historically rain water has been discharged directly into the lake. The project helps to protect Toronto’s western beaches and the lake by incorporating UV treatment system to reduce the amount of untreated rainwater entering the lake from the site.

The new West Wing is an important part of the club’s strategy to attract the next generation of members to the club. Newer demographics are looking for a more health and fitness focus in their club without losing the important social aspect. The West Wing incorporates social spaces into the sports facilities, such as lounge spaces within the locker rooms, a badminton viewing gallery and tournament gathering space, and gymnasium doors that open directly onto a beautiful roof terrace where yoga and fitness classes can spill outside.  The social and fitness functions of the club are now much more integrated.

An increasing number of potential members want to enjoy their club experience with their children.  The club is attracting young families with the addition of large family change rooms with the same luxurious finishes as the adult change rooms, and a new multi-purpose gymnasium to house the club’s summer camps that were previously in a tent on the front lawn. The project welcomes families and children by integrating them fully into the club experience.

Each of the three main blocks of the building were built two generations apart.  Each faithfully represents its own era, creating an intergenerational dialogue in architecture.  The new West Wing is this generation’s contribution to that dialogue. 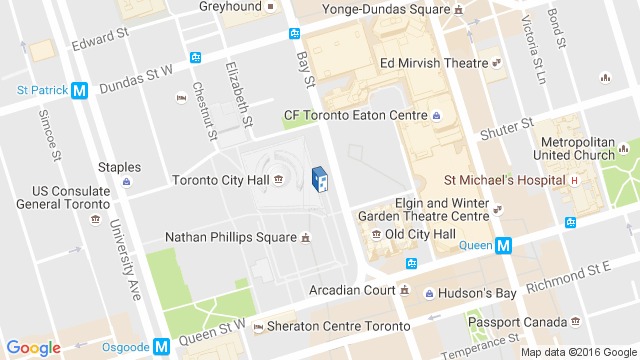