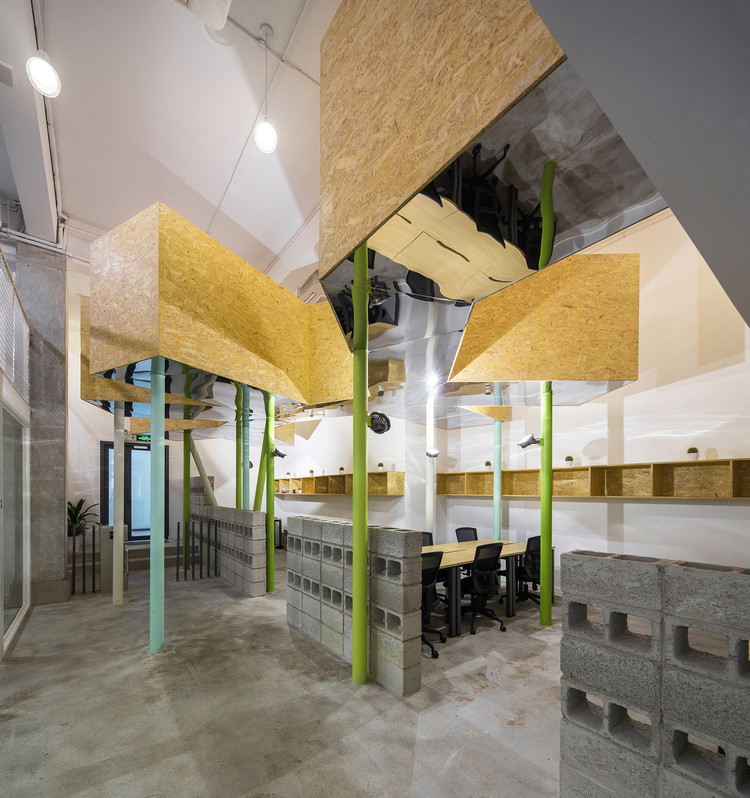 Text description provided by the architects. A portion of the ground floor in an industrial building was renovated into a co-working space that consisted of small office rooms, individuals’ dedicated desks, and a series of shared spaces including a meeting room, a drink bar, and lounges. As the given space had a high ceiling, we partially made it into two stories while considering the reach of natural light to the deep area. The floating lounge or “cloud seats” was one of unique design features that made the best use of the ceiling height and created a dynamic scene in the space.

The afternoon sun light softly comes into the lounge through a lace curtain, creating a relaxing environment.

We purposefully used some outdoor construction materials for interior space. For example, lightweight concrete blocks were laid to the full ceiling height with patterns in order to create feature walls at important shared spaces; red bricks were paved for both exterior and interior spaces blurring the boundary and dealing with the level difference in between; and concrete columns standing in the middle of the site were shaved off and their original rough surfaces were exposed. These design decisions were certainly made to create a kind of taste, but it also reflected our design philosophy to resist the transient reality of commodified office environment. We used outdoor construction materials and their tectonic expression, and tried to create a stable identity to this project and anchor it to this specific location.

The space provided various types of working environment for the members to choose from: such as, an enclosed room, a duplex, with a private garden, and a desk at an open floor.

The “cloud seats” is a relaxing lounge next to the drink bar. It was formed by steel members and covered by OSB boards, and raised to the upper floor level by a number of supporting steel columns. Through the design process, we tried to make this object visually detached from the space and float in the air. Firstly, we gave a unique form to the object, a zigzag passage with six finger-like seats attached irregularly. Its form refused to merge into the dominant interior perspective framed by the modernism factory building. Secondly, the edges of OSB boards were cut in sharp angle and joined perfectly without showing material thickness. The tectonic reality and construction process were purposefully hid, which visually detached the object from the site context. Thirdly, the columns were irregularly placed and painted in four different colors. They were dissociated from each other, and thus the whole object visually lost structural coherence. It was meant to reinforce the idea of floating. Fourthly, The bottom of the floating object was finished by mirror-effect material. Its reflection hid the structural reality and the floating object was dissolved in the air. All these designs made the “cloud seats” float in the air and detached from the working section, and created a relaxing environment.

The use of such design elements as water, greenery, concrete, and red brick brought an outdoor walking experience into the interior working environment. 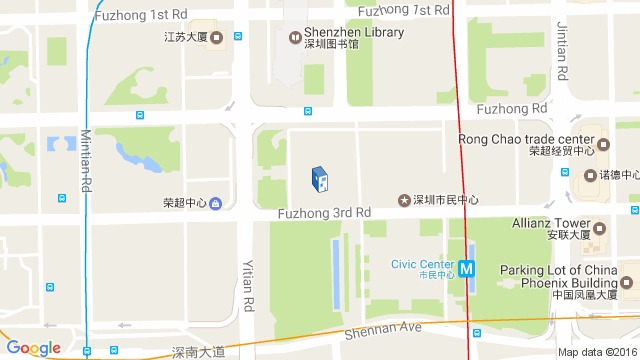 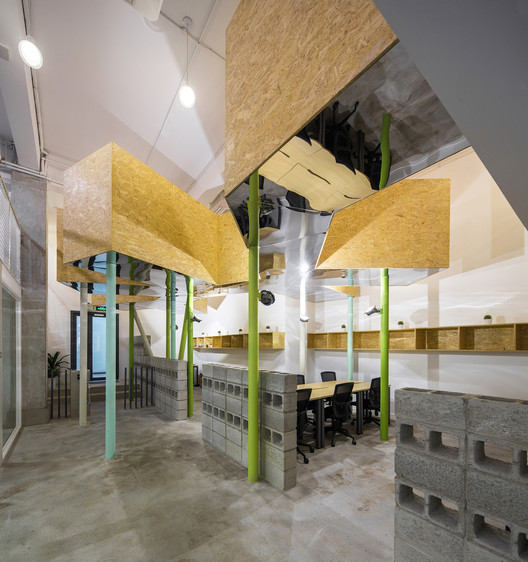