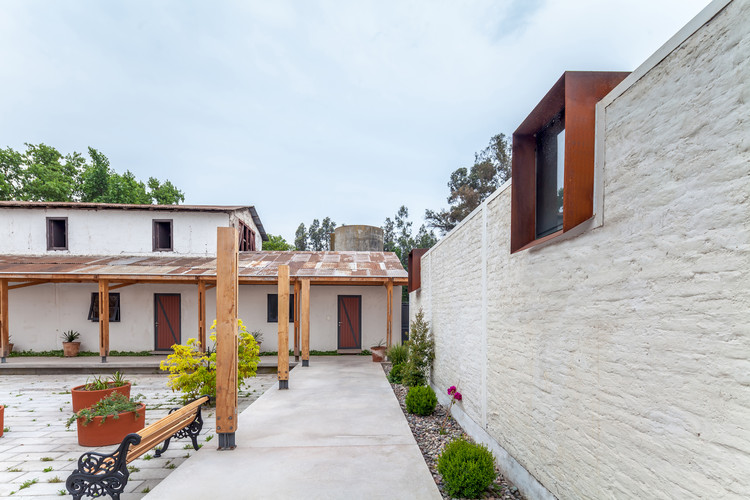 Text description provided by the architects. The project seeks the configuration of a central void, as an adaptive and flexible extension to the functions of the various uses required by the program, this complemented by a system of perimeter corridors that articulate the various services of the programmatic edge. This configuration contrasts with the existing anteroom, a park of ancient trees, the patrimonial house and the state chapel.

It is propose the renovation of the preexisting buildings arranged in L-shape,  a old warehouse and stables, which together with the construction of two new volumes (kitchen and bathrooms), worked in cob brick masonry, confined in metal profiles and limewash painted, structure and contain the new square; Preserving the original formal expression of the time, a neutral and unitary language.

As a complement to the above, it is sought, through specific elements, to inject a new contemporary character that dialogues with the existing traditional architecture; Unifying elements such as Cor-ten steel skylights, as light lamps and composed pine pillars as support for louvers and temporary structures. In addition, some specific maneuver are established that give lightness to the profiles of the corridors and accentuations of color with terracotta and wine tones.

The take-off or detachment, in terms of the order and arrangement of the new elements with respect to the old ones; Generates the project intervention strategy, a maneuvers that allows to understand the pieces of the project, manifesting the origin of each old or new part.

The landscape development, focused mainly on point applications; Lines and specific areas of vegetation that accompany paths and "dresses" certain places, maintaining a arid and clear image, which contrasts with the density and leafiest of the existing park.

At the same time, different textures of floors are worked, river bolls with rounded stones in corridors detachments and random lines arranged in the esplanade; concrete refined slab for corridors; Prefabricated concrete tiles 30x60cm in locked arrangement for the square; And framing slate stone for the intervention of pre-existing damaged slabs. 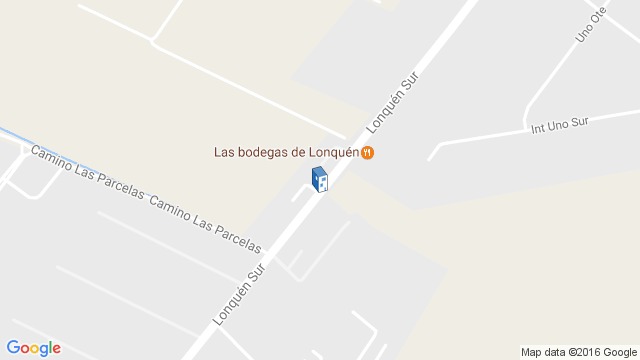