Save
House in Trees / Anonymous Architects 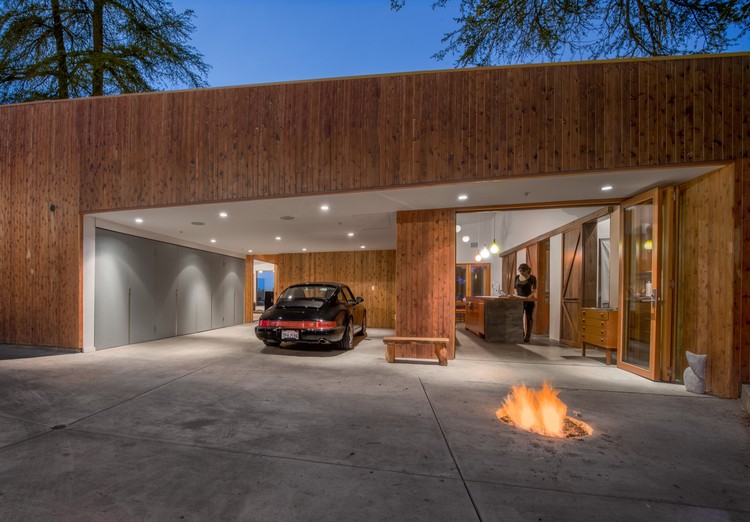 Text description provided by the architects. The site is characterized by its remote feeling and mature trees; this despite being surrounded by dense urban development. It is an unusual paradox to have such a natural setting that occurs in the middle of Los Angeles – a city known for its endless sprawl and crawling traffic.

The goal was to preserve the natural features where practical – even if this meant having a tree grow through the house.  The steep hillside allows the house to cantilever as a design solution to minimize foundations.  This act of cantilevering also preserves as much native yard space as possible for planting.

To maintain privacy, the house is located close to the center of the lot to create a buffer between it – and other adjoining conditions such as a public street and other houses.

The house is conceived as two separate units under one roof.  The main part of the house is two bedrooms and is designed for a family of four.  The other component – separated by an outdoor breezeway –  is self-contained with one bedroom, a living area, a bathroom, and a kitchen.  This secondary area is used daily as an office and entertainment area, but can easily be closed off from the main space and used by visiting friends or family. 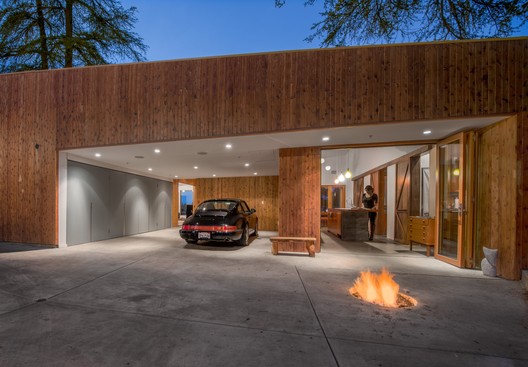