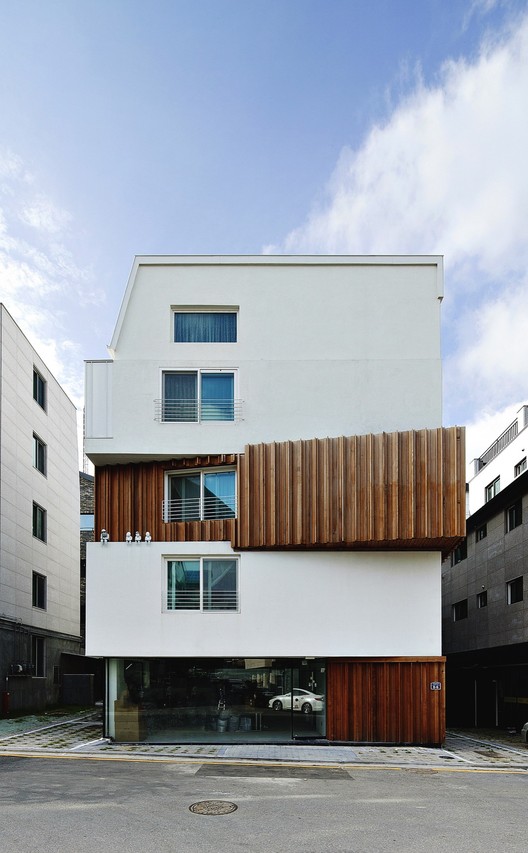 Text description provided by the architects. Making the Unexpected with Mass.

With an unlimited budget, one can experiment with an unlimited number of ideas. But when the budget is limited, there are many restrictions to creating a unique building. Knowing this, the designer, after much thought, found a solution not in materials, but in form. He decided to differentiate his work by giving the entire building a twisted mass. He made the twist eye-catching by putting western red cedar on it; the cedar, placed side by side, gave the normally dull white mass a sense of volume, making it look natural and dynamic. He also designed and produced the cedar himself to strengthen the building’s overall sense of mass and balance.

Eventually, this unique building, which had little more to say for style than a twisted mass, came to become known as the town’s landmark. To top it all, the designer placed one of sculptor Jung Gilyoung’s pottery pieces in the space between the twisted mass and the original mass. They are small works of art, but they are the biggest reason the building makes people smile. The resident can’t help but feel happy when he enters and leaves this apartment, and passersby love to take pictures of the building. This is the main theme of this apartment. If an apartment can make its residents happy and make those who look at it smile, what more would it need? To a designer, the answer is : nothing.

The building, which looks like it has 5 floors, is designed so that the 4th floor has an attic. This is visually possible because 4th floor attic is pushed 20cm inward. Such an idea, which is convenient to the client and gives the building high cost performance, was the designer’s. It raised the building’s value and increased the joy of looking at it. The structure is also completely different at night. The lights installed around it transform the modern and distinctive facade during the day into one that is colorful and curved. It is a reflection of the designer’s belief that the use of ‘light’ can by itself make a scene plentiful and of many variations, even without expensive materials.

The role of light remains important even inside the building, where it expands its domain. The interior of the building is 82m2 is very simple and economic, but the lights installed here and there create a scene that is abundant and anything but simple. The flooring leads right to the door, creating uniqueness amongst the simplicity. The designer also decided to follow the resident’s thoughts and tastes when filling the remaining empty spaces, instead of directly showing his colors. He did this out of the belief that a house must have the resident’s fragrance and taste in order to truly become ‘home sweet home’ 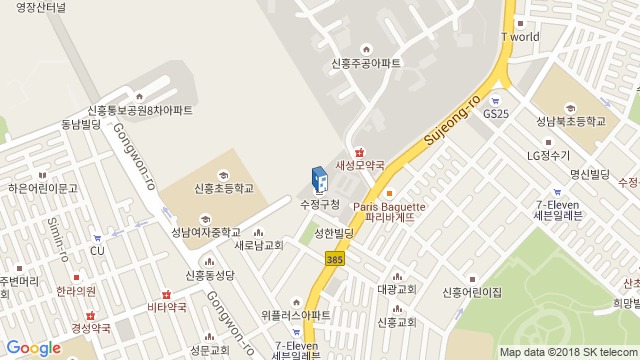