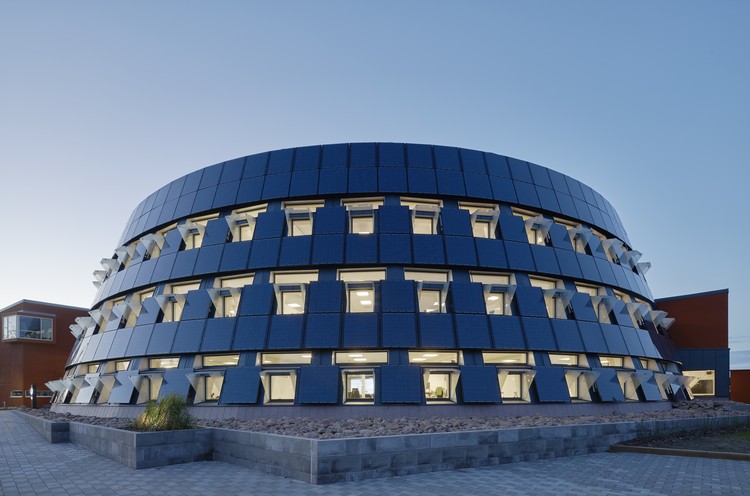 Text description provided by the architects. Paf is a publicly owned organization that develops games. Headquartered in Åland, but it has offices all over Europe. The mission was to gather all the approximately 200 employees in Åland, by extension, in an energy efficient building, which supports and reinforces Paf's corporate culture and working methods.

Paf's approach is working in scrum teams of 4-8 people near the sites for cross-departmental interaction and cooperation. Paf had the desire that the building would become a Pre-shot of how to design a building with a focus on long-term conservation of energy.

A new building to the south implemented as a carbon neutral passive houses with cladding of solar cells and solar panels on the roof. The property produces its own electricity. but are connected to district heating as backup. The shape of the new bulding is arched to outward signal that there is a building that takes its energy from the sun via solar cells, but also to form an interior space around which people sit and work, think, meet or moves. Here the whole Paf's staff collected and following a presentation. Exterior binds the arched sloping shape together both existing wing of the buildings, which opens towards the new building to a larger entity formed and the entrance is in the meeting between the new and the old building.

The ground floor is the deepest is in addition to the entrance and workplaces also rest areas and meeting rooms in various shape and size. The depth of the building becomes narrower on the upper floors, but still large enough to be able to sit and work individually or in groups to the facade, have cross-border venues in sofas closest joists where people move and visible. The interior is mainly white to take advantage of natural lighting. Outlook windows, with bright embrasures towards the south and lower breast height, high placed windows in the roof lets in natural light but not heat radiation from the south. In the atrium to the north is a high-up window strip that let in cool daylight in the interior square room.

The backbone of the new building which is carbon neutral is designed as a wooden structure with bearing glulam columns and beams of solid wood. The choice of materials has resulted in a comfortable office environment with very much wooden feeling and a relatively quiet and dry construction. The new well-insulated new outer wall to the south is 70 cm thick. The ground plane creates an internal square against which all work on all floors turns. By performing walls glass walls are all working there visible to each other.

Office Workplaces designed to support Paf way to work, after the "scrum" method. It means working in teams of 4-8 people in your own room with plenty of meeting points in different form outside office workplaces and workshop spaces are turning towards the square that contains a inviting curved staircase that runs through all floors.

Team rooms, separated by lightweight glass walls that can be removed or moved, in addition to desks with computers, a high table of internal meetings, at least one wall that serves as a writing board and a large TV screen in every room that contact with the outside world.

The “Paf ball” is a meeting room that hangs in the air o the inner room. With its round shape allows the associations to play in several forms. Even works district has been integrated in the square room so once inside the house, you can easily understand all the activities that are part of Paf's product.

The choice of CLT slabs and Gluelam beams and collumns has resulted in a  carbon dioxide neutral construction and an comfortable office environment with very much wooden feeling and a relatively quiet and dry construction. The new well-insulated new outer wall to the south is 70 cm thick. The cladding of solar cells on the facade and solar panels on the roof. gives an outward signal that there is a building that takes its energy from the sun via solar cells produces its own electricity. 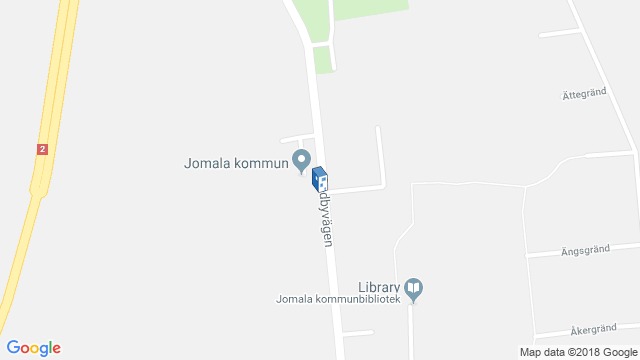 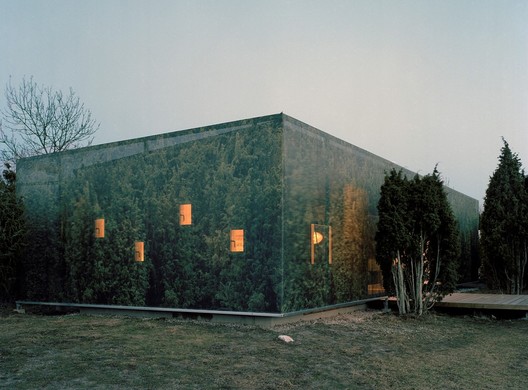