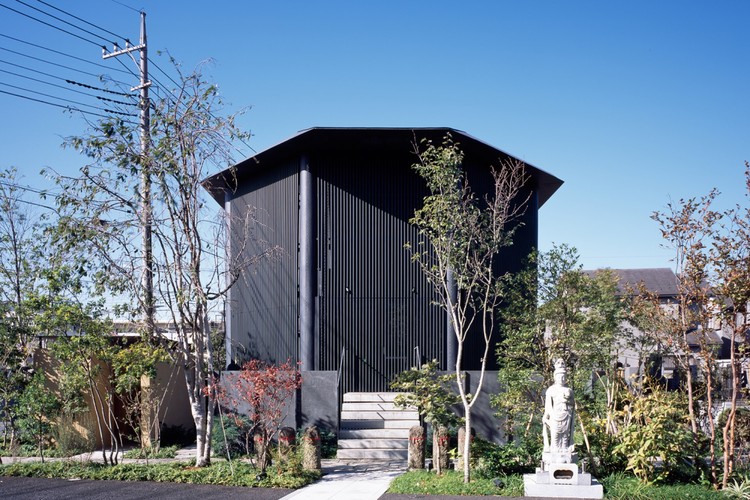 Text description provided by the architects. Opens the temple to community as a place to interact with "life".
In recent years, the decay of local communities due to urbanization has changed the Japanese sense of religion including ancestor worship, weakening the "Jidan" (system where commoners had to register with a temple to prove their Buddhist faith) which is the financial basis of many temples in Japan. Charnel house, which is a new style of grave that appeared as though it responded to the trend of the contemporary times, is different from the graveyard passed down from generation to generation and does not follow the traditional Jidan system.

Amidst such time period, this temple, which stands in the city of Kawaguchi, had the garden changed into a funeral hall and parking lot, oppressing appearance of the main temple building. The tall fences surrounding the premises made the buildings a closed area. The over 40-year-old charnel house, which was rarely in use, stood in a quiet way.

Buddhism is originally not a religion that just supports the succession of families. The custom of visiting graves does not change easily even if the form of graves change. This is why we decided not only to renovate the charnel house related to "death" but also to reproduce the temple as a whole that involves people with "life".

Designs the hours of worship through one-time natural phenomenon
While the forms of many graves have transformed into monuments and mechanism, relying on human-made pre-established harmony, the time and space for recollection of the dead should be something transcendent and beyond human knowledge.

The trees along both sides of the front approach and the flowers at one's feet show one the sunlight through trees, and wind through rustling of leaves, and tell the change of seasons through different fruiting and blooming of flowers. The expressive walls of restroom and washstand and the ripples on water basin reflect the one-time natural phenomenon and function as a filter of natural tremor. This way, the path leading to the charnel house was set as a representative of "life" in opposition with the charnel house and graves representing "death". The staircase bridging over the water basin functions as the boundary which separate life and death. The octagonal charnel house represents the Hades; essentially the form of the universe. The dim lit entrance makes one aware of the change in place through the luminance difference. The spiral staircase in the center made of rammed earth allows the top light from the sky to enter, reminding you of underground and promoting introspection within the rotational motion.

When you reach the charnel chamber, the luminous doors look like planets. The light streaming in through the gap in the bamboo ceiling blink like the stars in the space. This is where you face the deceased. The series of architectural facilities appeal directly to your perception along the time sequence of worship.

A fixed point to watch over cycle of life.

After the renovation, they say there are more visitors accompanied by children. We wish that children would play in the water basin during summer. They would play in the temple in their childhood. They would visit the temple and cherish it. Then they would marry and have children, and eventually pass away. We hope that this temple would be a place to watch over such cycle of life peacefully. The plan was to reconstruct the temple into its original state. Temples should remain the same. 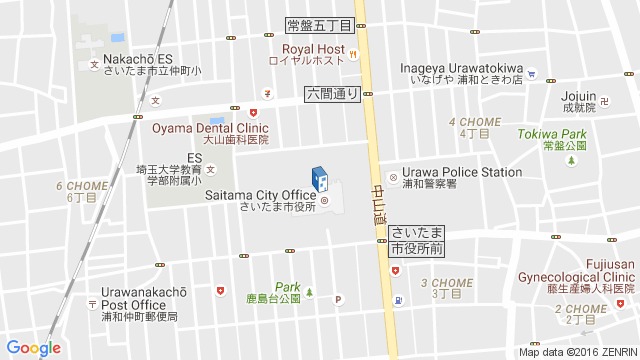 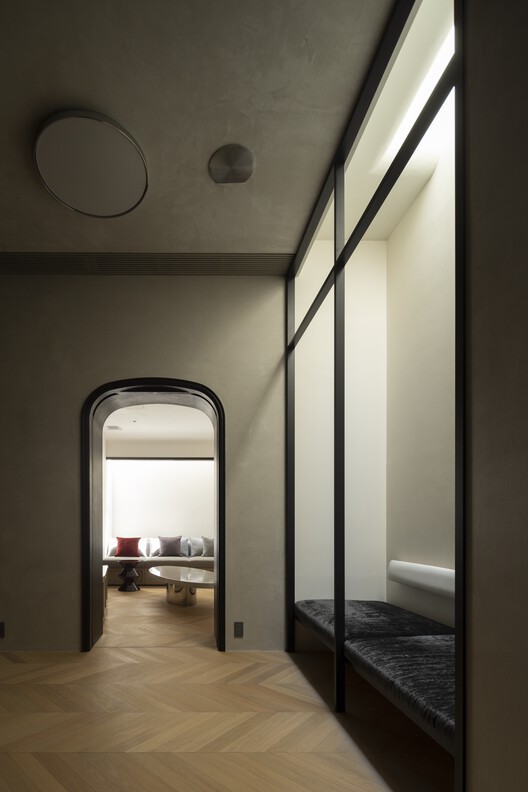 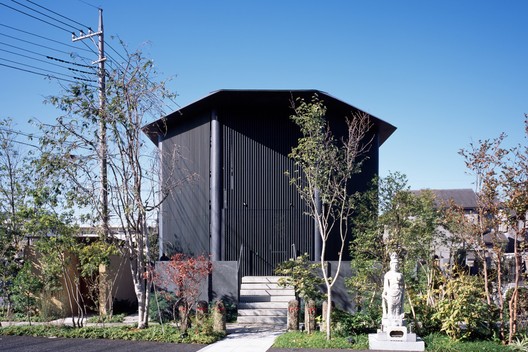