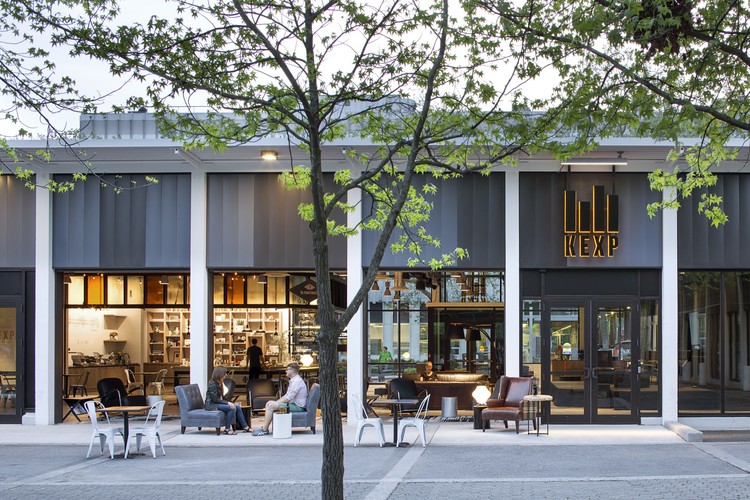 According to Kyle Gaffney, co-lead designer and co-founder of SkB Architects, “KEXP connects people through music. Our goal as architects and designers was to to see that connection translated and amplified through physical space. Now, they not only connect with people over the airwaves, but in person via the public gathering space and at a community level by physically connecting the Lower Queen Anne neighborhood with Seattle Center.”

“We included amenities in KEXP’s new home that road-weary musicians would welcome. They can come to KEXP, play a live show and then relax, take a shower and get some laundry done. When you’re living in a van for a few months at a time, these can be sorely missed moments of luxury,” adds Shannon Gaffney, co-lead designer and co-founder of SkB Architects.

KEXP’s extensive music library of 50,000+ albums is showcased behind large glass windows enabling passersby to watch as DJs curate songs and prepare for their next show. By activating the building facade through glazing and openings, the design overcomes the wall effect that had previously blocked street energy from reaching further into the neighborhood. A new glazed, mid-block entry further opens the studio to the street, bringing people into the gathering space, which in turn opens to the Seattle Center campus through roll-up doors.

Brad Murphree, co-founder and lead engineer of Mizzen Media, states that “the systems design needed to integrate the old with the new: to preserve KEXP’s unique broadcasting legacy while giving them a state-of-the-art multi-purpose radio facility.” The facility boasts full AOIP (Audio Over IP) with fully-routable audio that allows bands to perform live in the recording studio, broadcast the session live on the radio, and stream the video over KEXP’s live streaming service.

WSDG Project Manager Joshua Morris reports that the design mandate was, “To enhance the synergy between the studios’ function and aesthetics by making it accessible to the public while concurrently maintaining the comfort and security of the station’s personnel and guest artists. We also focused on the need to enable bands of every conceivable format to set up and breakdown quickly between 30-minute sets.”

The La Marzocco coffee experience, also designed by SkB Architects, is just inside the entrance. Coupled with casual seating, this area provides a relaxed atmosphere in which to hang out, listen to music and watch as the DJs broadcast their live shows from the glass-walled studio that adjoins the space. The open, 1,100-square foot café and showroom takes its design inspiration from La Marzocco’s Florentine factory and espresso machines, merging Italian heritage, meticulous craftsmanship, and thoughtful attention to detail and material.

Prior to World War II, radio stations often had theaters to accommodate an audience and full orchestras. “Reintroducing live music and audience participation into the fabric of the building and program creates a rich experience for everyone, from DJs to musicians to the public,” notes Shannon Gaffney. “Helping KEXP challenge expectations and continue to innovate is incredibly exciting.”

Product Description. The DJ booth cladding is old growth Douglas Fir (Teredo wood) salvaged from log rafts once used to transport lumber to the Pope & Talbot Mill in Port Gamble, WA.  The material gets its name and hole-y texture from Teredo clams that burrowed into the wood over years of use.  The wood was sourced from Trinity River Marine in Indianola, WA.  A local material, it helps to convey ties to the Northwest and its industrial legacy. 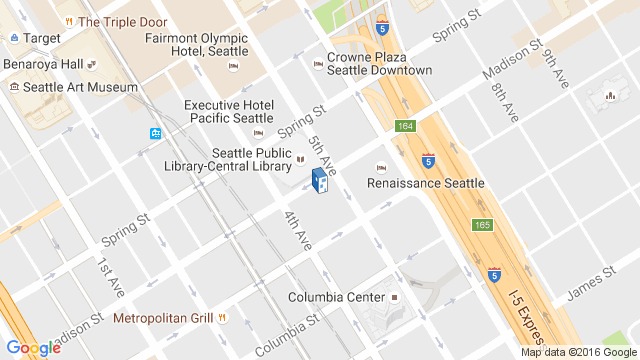 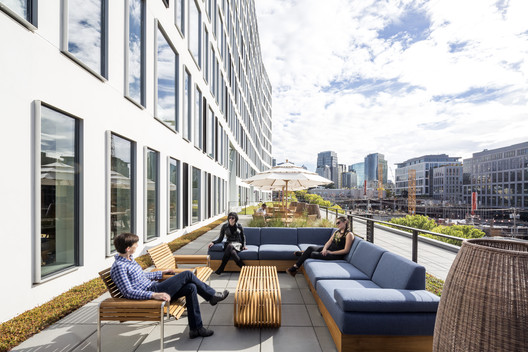 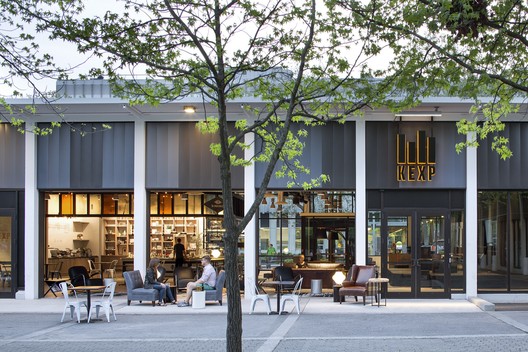