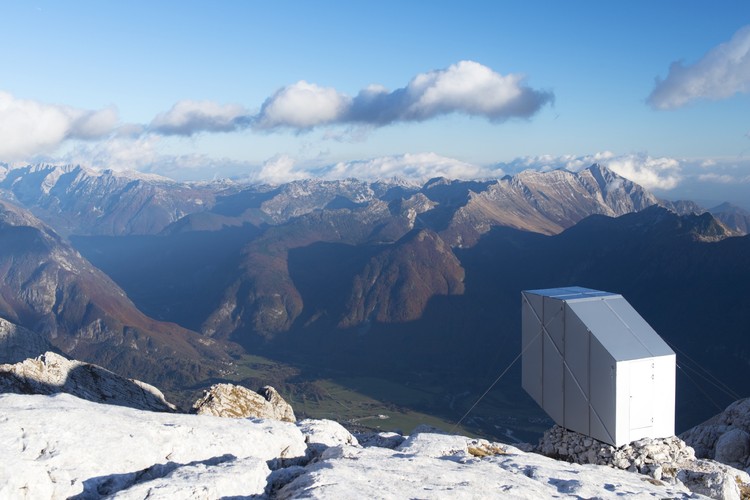 Text description provided by the architects. The challenge is to install real objects, shelters in 1:1 on remote sites and study their response to extreme weather, radical temperature shifts, snow and rugged terrain. The harsh conditions of wind, snow, landslides, terrain, and weather require a response of specific architectural forms, structures and concept.

The site is accessible only by climbing or helicopter – the modules and loads are prepared according to the maximum weight and equilibrium limits.

Its position within the wilderness requires respect of natural resources ensuring the shelter stability while having a minimal impact on the ground.

Kanin is a mountain above a small town, Bovec, with beautiful resorts around the valley. The area is also important due to battles that took place during the World War I. Soldiers were fighting along the Isonzo front and many remains of the battle can still be found in the area. In collaboration with Slovenian mountaineer association and PD Bovec, this particular site was chosen because of its 360-degree views over Slovenia and Italy, and spectacular views to Triglav, Soca Valley and Adriatic sea. It will become a destination for hikers, climbers, cavers, mountaineers, nature lovers and romantics.

Weather conditions are very harsh, especially during the winter. Snow cover lasts more than half of year.
The area of Kanin is known for rainfall and extreme snow records. During the winter more than 10 meters of snow can fall. Strong rainstorms and winds can hit this place – rainfall record in Bovec for one day is 363 litres/m2. Mountain area is full of caves and abysses, earthquakes occasionally occur.

Concept
Kanin Winter Cabin forms a compact wooden volume organized with three floor resting platforms. These platforms are hanging towards the valley and a large glazed panoramic window offers astonishing views. A cantilevered overhang, resting part of the cabin, reaches the smallest footprint on the rock. The interior design dictates modesty, subordinate to the function, providing accommodation for up to nine mountaineers.

The cabin settlement and transportation was an extremely difficult task. It was realized by the Slovene Armed Forces helicopter crew. Bad weather and unexpected turbulences lead to the cabin being placed and fixed on site at the third attempt. However, the challenge of the project is to gain new knowledge through unexpected weather conditions.

Winter cabin has been fully implemented with donations, also the setup resulted a lot of hard working volunteer hours.
The research for the Cabin was initiated by OFIS arhitekti and CBD structural engineers in collaboration with PZS, PD Bovec, JZS, Permiz d.o.o. and Ortar in Jerman d.o.o. to develop Self-contained wooden shell, which resist extreme conditions on top of the mountain. 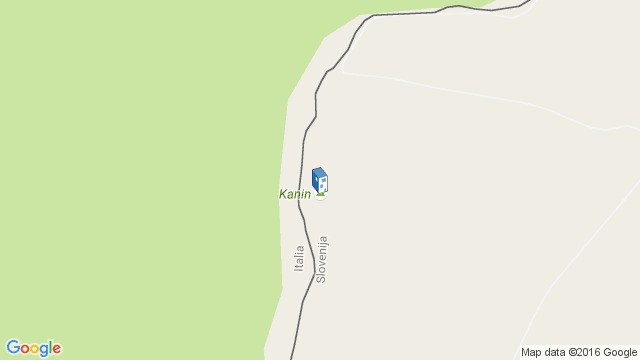 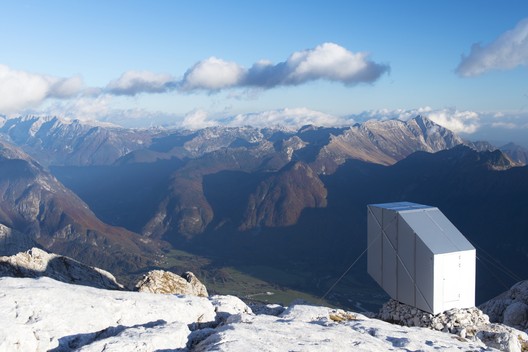