The tallest building in China, the design of Shanghai Tower drew from the concept of shikumen, a vernacular housing typology that blends indoor and outdoor space, in its unique sky atria located between layers of the building’s double skin facade.

The jury also lauded the building for its “sustainably minded design,” which used advanced form modelling techniques to result in a building form that reduces wind loading by 24 percent.

“It contains the world’s first truly ‘inhabitable’ double-skin façade on a skyscraper, which is not only remarkable for its intended greenery, but its incorporation into the tower’s overall ventilation strategy. The sacrifice of valuable floor area to realize this social amenity proves that the aspirations for Shanghai Tower went far beyond mere commercial gain.”

Last year’s award was given to Stefano Boeri’s Bosco Verticale. For more information on this year’s top prize and to see all of the awards, check out CTBUH’s website, here. 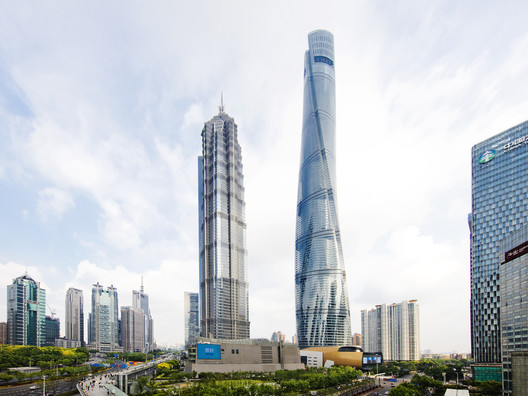