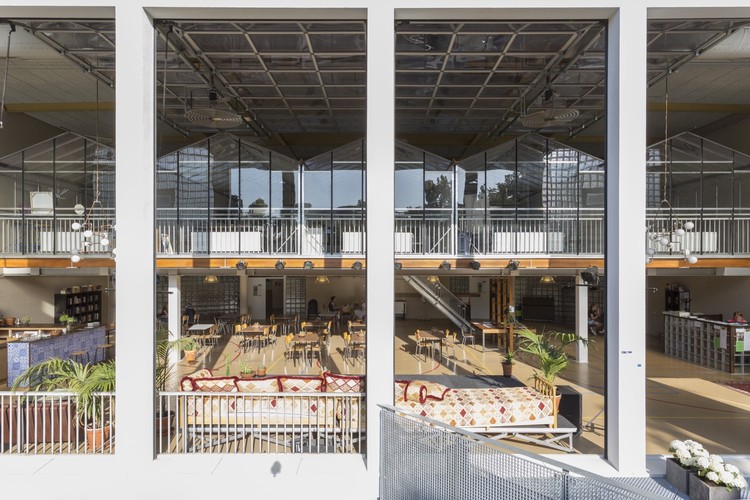 Text description provided by the architects. In the early 2000s, the Ru Paré School was emblematic of the social problems facing the Amsterdam borough of Slotervaart. The Ru Paré is now the neighborhood’s living room and accommodates an extraordinary social experiment.

A New kid on the Block

In response to austerity measures in the Dutch economy, a social entrepreneur developed a model for solidarity in challenging neighborhoods. Inhabitants are offered tax advice, computing or language classes in return for community service; at the building level receding funding is supplemented with profitable start-ups.

By the end of 2013 BETA and Elisabeth Boersma were asked to test this concept in a former school. A series of events was organized which not only led to useful input for the building’s transformation, it also led to the establishment of a neighborhood enterprise. The KlusLAB would later take up renovation work both in the school and the surrounding neighborhood, stimulating the local economy.

A so-called urban-mining project was initiated with students of the Amsterdam University of Applied Sciences. A catalogue of materials from housing corporation Eigen Haard’s nearby demolition project was drawn up. Demolition company Oranje would secure the materials, after which the KlusLAB would install them in the Ru Paré. This supply chain served to reduce waste and building costs.

Turning A Liability into an Opportunity

With its many classrooms surrounding a generous hallway, the school was great at accommodating different organizations. The school’s gymnasium was a different story altogether. Comprising more than 10% of the building’s floor area, this space represented a significant liability for the project’s fragile cash flow. It could serve as a foyer, but its position far away from the original entrance cancels this advantage. Relocating the entrance to the gymnasium proved to be a bold, cost-efficient and spatially convincing move in recoding the building.

A Concentrated Intervention with Effect

Several ambitions were realized with this pirouette. The cash flow was reinforced by generating more small scale units with a greater marketability. By employing the economically less viable, but spatially extraordinary gymnasium as a foyer, accessibility and visibility were increased whilst forming an attractive public interior. Simultaneously on the sunny side of the building, the sunny schoolyard could now be reinvented, transforming from an undefined transit space into a functioning public courtyard.

A New Face For The Neighborhood

Spatial interventions are concentrated to maximize their effect. A mezzanine with five thematic greenhouses was introduced, offering complementary space to both the foyer and the traditional classrooms. The previously introverted gymnasium is opened up by installing full-height overhead doors. With the flick of a switch the former gymnasium can be transformed from a generous foyer to an airy public interior. This rich spatial experience extends outwards onto the adjacent balcony overlooking the immediate surroundings.

Product Description. The garage style sectional overhead doors amplify the spatial relationship between the newfound foyer space (the former gymnasium) and the public garden (the former schoolyard). In the summer, the interior of the gymnasium transforms into an airy public interior with the flick of a switch. During the winter, all internal activity is communicated to the neighborhood. 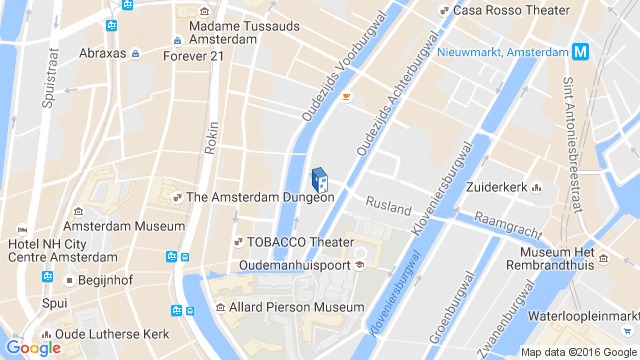 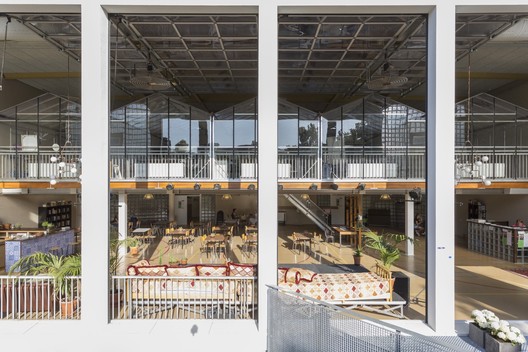