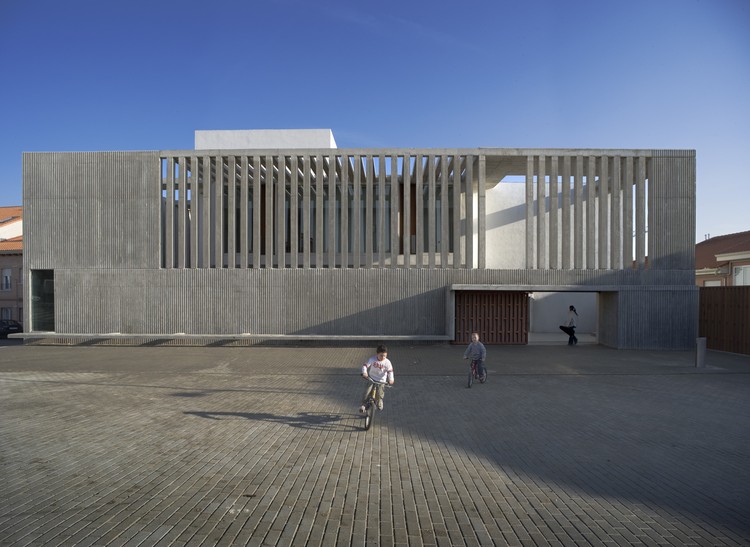 Text description provided by the architects. The building site presents a trapezoidal shape quite similar to a regular polygon, with one of its ends curved, and the rest in angle. The building site is practically flat on its north half, and presents a pronounced slope on the south half. The building site's slope develops itself in a north-south direction with a total drop of approximately 4 meters. The views to the west from the high part of the site are splendid.

The project consists on a multi-purpose building destined to be a Cultural Centre and a Music  School (a discipline that counts with a big number of students in Meco) with four levels corresponding to a basement floor, a semi basement, a ground level floor and a first floor, the latter in the northern centerline of the building. The building results in a compact plan that adapts itself to the geometry of the existing terrain and occupies its lower and southern part. Likewise, the building adapts to the existing topography in a steep slope, arranging its program of uses in a stratified way, within dependent layers with different uses.  As a result of all this, that the building organizes itself with two entrances located in the opposite facades (south and north facades) and different floors (semi-basement level and bottom level). Each of these entrances gives access to clearly differentiated uses. The southern entrance through an exterior covered space gives access to the auditorium and to a multi-purpose exhibition space that serves as the entrance hall the auditorium. This level is equipped with the general washrooms of the building and the necessary installation rooms for the correct functioning of it. The north entrance, which you can reach from a patio covered by a concrete lattice with access from Plaza de España, gives access to the Music School that develops a program of uses which are consensual with the direction of the future school that will develop its activity in our spaces.  An empty space runs longitudinally within the building, merging uses and levels and permits a complex use and perception of it. This vacuum presents itself as the place of principal communication in the interior of the building, describing it spatially and qualifying it as a public building as it widens its limited interior surface area.

In the basement floor are located the rooms such as store rooms or change rooms that provide service to the auditorium. In the first floor, the administration and direction of the centre, and a small music library opened to the north and the views.

The roof of the building has also a use. An outdoors auditorium and a square called Southern Square located on the same place complete the program of the Cultural Centre and Music School. This auditorium and this Southern Square have an access from the patio through a "stair-ramp", and also from the interior of the building, becoming a quality leisure place and urban rest.

The action opts for a volume of well defined contours which is able to affirm its autonomy against a residential heterogeneous and recent environment of family housing in a suburb with no architectonic interest, and other traditional housing with which we have tried to create a dialogue. The popular abstraction is chosen as a composition strategy at the elevations. The gaps appear where they are needed by the interior uses or the views, as in the popular traditional architecture, always abstract. Plinths and frames are solved with our contemporary material:"reinforced concrete"; the white stuccos, as well as the scale and the volumetric treatment of the projected building, collaborate in the insertion in Meco Town. 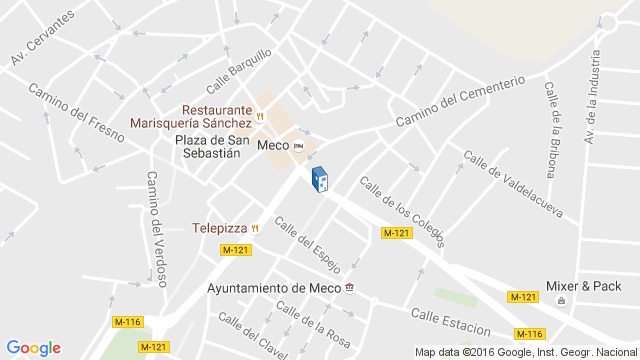 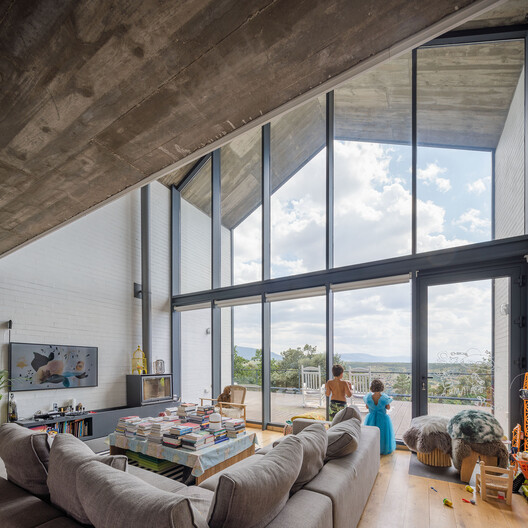 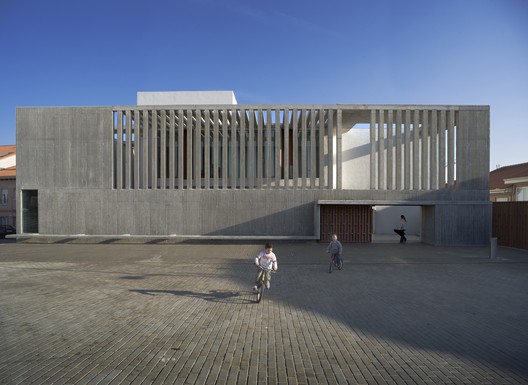