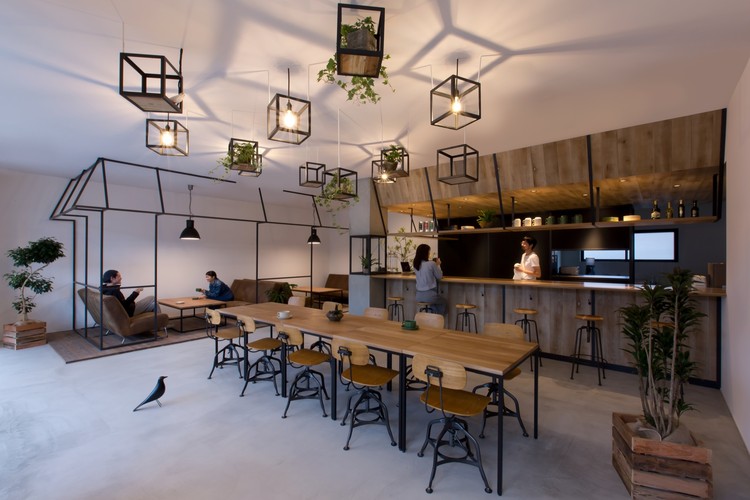 Text description provided by the architects. This proposed new café project is of a plan to renovate a premise that was once used as a restaurant.

While the existing facilities have a large area horizontally, it gives us an oppressing feeling spatially. So, we wish to create an opened spatial environment there by means of introducing some external element.

In the proposed café plan, external spaces and internal spaces are created only by means of installation of iron frames. And, those frames divide spaces mildly without disturbing environment of the total open space. In the open space, iron frames are sprinkled in a manner of images of wooden birdcages so to create an atmosphere as if you are outside of the building. And, some specific meaningful atmospheres are given to each counter seats corners, sofa seats corners and table-and-chair areas.

Also, installation of iron frames and counter seats corners are designed as if they are under the eaves so that people can have a feeling of outside space even if they are inside of the building.

In the process of the formulation of the project concept under which space dividing are made in keeping open feeling, an idea was come to our mind. That is a concept of space creation by “Torii”, a gateway at the entrance of a Japanese Shinto shrine.

“Torii” plays a role as a symbol of a shrine as well as a role of separating shrine area from outside areas. When we visit a shrine and walk through under “Torii”, we have such a feeling that we come to another world. Even though we are in an open space, we feel something like “space is divided”. We applied this feeling to the proposed café.

A space created purposely using iron frames extends so to give us a feeling of something like another world. 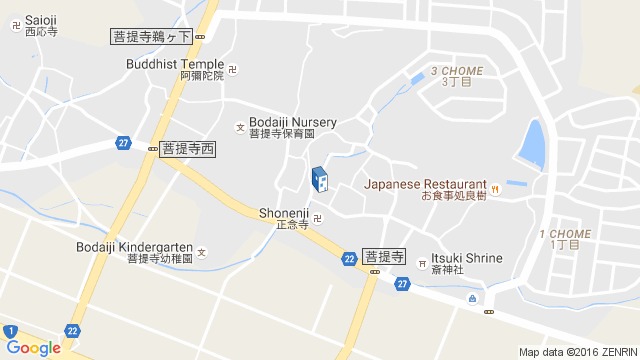 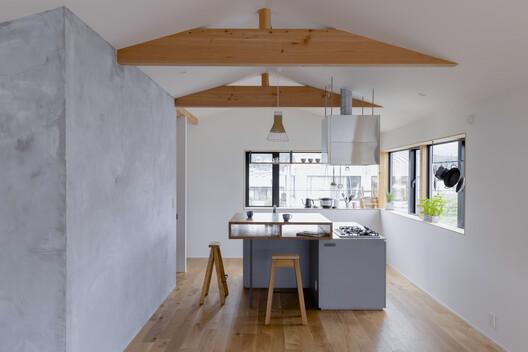