Save
Valpoi Busstand and Community Hall / Rahul Deshpande and Associates 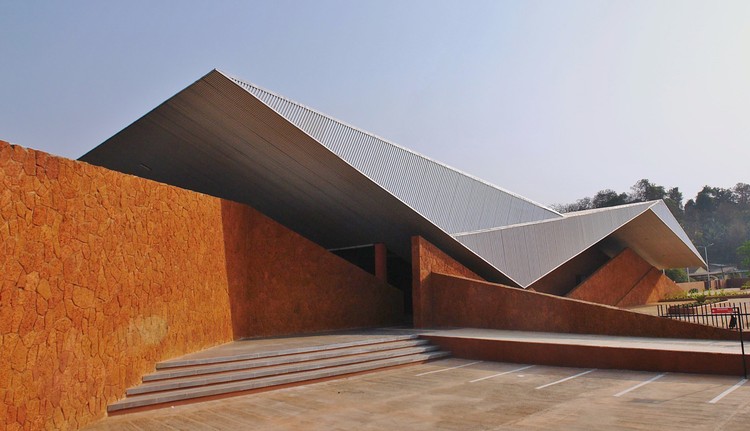 Text description provided by the architects. Government of Goa proposes to construct a multi-utility public building in Valpoi, a small town in the Western Ghats. It had to include a Bus Stand, a Community Hall and a Children Park with a Jogging track. The Building complex required to be maintenance free and in low budget, with all units independent in their operations, function and administration.Valpoi being nestled in the magnificent Western Ghats is often frequented by an army of hovering clouds that carry with them an armour of lightning and thunder. The design aspires to capture this wonder of nature.

Valpoi faces an annual rainfall of 200 inches from June to October. The design evolved in response to the brief and the climate. The plan therefore is Compact, less Porous, yet Open in its attitude, well ventilated and adequately lit.

The triangular exposed laterite walls masquerading as mountains in the landscape, gives a sense of direction to the visitor and his eye, being sheltered by an overpowering yet graceful metal clad roof which floats as a cloud, at times teases to express itself as a stroke of lighting. A deliberate attempt to create an illusion of suspension and lightness, is pulled off through a series of eloquent cantilevering roofs and unattached walls.

The Bus stand is an independent entity boasting with its wide entry and exit, 10 parking bays and 9 idle parking. Its plan is commuter friendly, spacious and open. It provides for shops, waiting areas, toilets and drivers rest areas. The overwhelming roof shelters the buses and commuters from the scorching heat and the fury of rains. The Security House and the Toilet block though separate units blend into the fabric of design.

The Community Hall
“The journey is more important than the destination”- precisely the notion of the design. Through a labyrinth of laterite wall passages you reach the Community hall welcoming you with its vastness and silence. The decor is minimal, the lighting cleverly restrained and space wonderfully sublime.

The Children Park
Tucked away in the west end of the site the Children’s park is a contrast in its attitude. The colours clash against themselves fabricating an intentional chaos. The play equipment compliments the chaos as “Child’s Play”. A well leveled and paved walkway meanders around the play area and the orchard, which when walked on surprisingly covers half a kilometer, qualifying it to be Joggers Park too.

Product Description. Roof sheet of TATA, Bluescope make is the principle material used in the project. Flexibility in usage of the material and the graceful silver colour resembling as a floating cloud, at times teases to express itself as a stroke of lighting, over the triangular exposed laterite walls masquerading as mountains in the landscape. 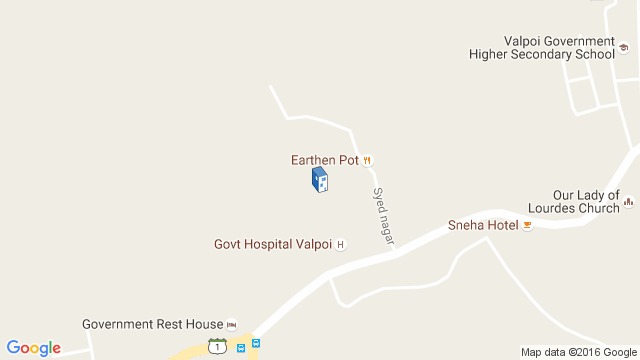 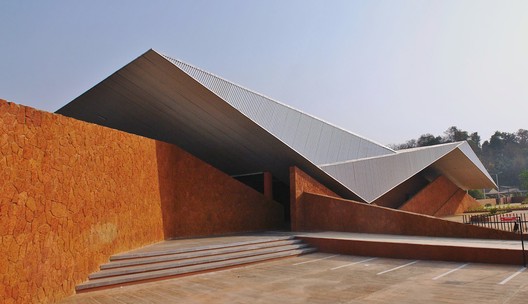