The hotel is slated as one of the "20 Most Anticipated Hotel Openings of 2016" (Forbes.com). In addition to suites, the hotel has a casino, two-story conservatory with horticulture and entertainment, and a dining and shopping complex. 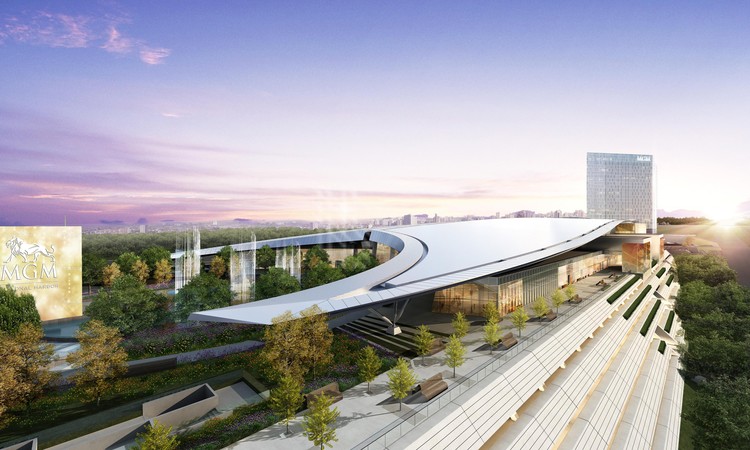 HKS architect Eddie Abeyta is the designer behind the mixed-use development project. A press release for the project stated that Abeyta was influenced by the historical monuments around the district. The organizational concepts of master plans like L'Enfant and McMillan also influenced Abeyta's radiating streets and axial arrangements.

What more could one ask for? A 3,000 seat venue will provide for entertainment and events at the site, while 18,000 square feet will be devoted to retail space with brands to be named soon.  Finally, the casino space will host 3,300 slot machines for night-long entertainment.