Architecture is often the backdrop, rather than the subject, of the scary. For example, The Shining owes much to the Overlook Hotel, “haunted” is often followed by “house,” and Victorian architecture has come to be associated with the creepy. In a less supernatural manner however, architectural elements themselves have proven over history to be scary in their own right. With the clarity that only retrospect can offer, it’s easy to look back on the following macabre materials, bleak utilities, and terrifying technologies in horror... but perhaps what is most scary is to consider which aspects of architecture we might blindly accept today that will also become glaringly frightening with time.

Unlike conventional elevators, paternosters have no doors and never stop. Working sort of like a completely vertical escalator or ski lift, a user steps into an open compartment looping in either the up or down direction, simply stepping off at their desired floor. The paternoster's lack of adaptability for disability design and their safety issues--such as people staying in the compartments past their looping endpoint, or passenger changeovers gone wrong, with people falling in the shaft between compartments--mean that paternosters are now banned in most countries, though pre-existing ones can still be found scattered around Europe, sometimes repurposed to novel uses.

Not only deadly to the likes of Colonel Mustard and Miss Scarlet, lead water piping was common up until the early 20th century before it was proven to be linked to lead poisoning. Before this knowledge, lead was favoured for its malleability, resistance to pinhole leaks, and longer lifetime compared to iron pipes.

Although never a widespread practice, human bones are certainly unlikely to make it into a BIM database or drawing set schedule today. However, historic buildings such as the Sedlec Ossuary (decorated with over 40,000 human skeletons, including a chandelier made from every bone of the human body) and the Czerma Skull Chapel (with three thousand skulls making up its walls), show off a gratuitous use of tibia over timber.

Immortalized in the (albeit staged) photograph “Lunch atop a Skyscraper,” the precarious working heights of ironworkers earned them the nicknames of “air-treaders” or “sky boys.” In the 1890s, American ironworkers had the highest accident and mortality rate of any trade, as they needed to traverse narrow steel beams all with the expectation that they would work ten-hour work days and disregard weather conditions. Today, ironworkers have greatly improved safety regulations, with nets, helmets, and harnesses, but the sheer heights remain the same, if not higher.

Before indoor plumbing, early pit latrine-style toilets usually had a cesspool outside or underneath to collect excretion. Not only would this lead to terrible smelling neighborhoods, the “night-soil men” in charge of emptying them faced a dangerous and dirty job, with at least one recorded case of a night-soil collector who drowned after falling into one.

Once hailed as a “miracle material,” asbestos was desirable for its insulating properties, fire and heat resistance, and tensile strength. Less desirably, it was discovered to be carcinogenic when inhaled, though only after widespread international use in construction. Today, non-carcinogenic but materially similar fibreglass insulation is the most common substitute, while many older buildings throughout the world are riddled with a dangerous and difficult-to-remove reminder of our earlier ignorance.

The Phoenicians were amongst the first to use animal blood in their building methods [1]. Blood held symbolic value as a paint, but was also a powerful additive to clay used in the building of adobe bricks. On a molecular level, a tight layer of blood wraps around the clay crystals, increasing the material's plasticity, strength and water repellence. Although this ancient technique of using mammal blood as a bio-adhesive may seem slightly grisly, as one architectural graduate sees it, revitalizing the art of blood bricks today could be a productive way of utilising waste cattle blood. 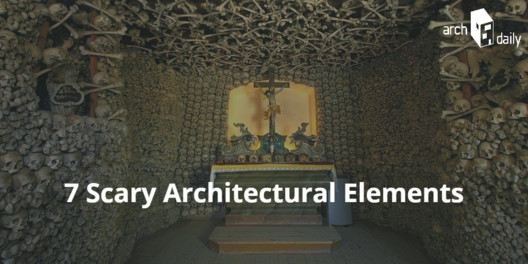