In memorial of the 1956 Hungarian Revolution, which resulted in the emigration of over 37,000 Hungarians to Canada, architectural studio Hello Wood has created Tunnel Through Time, a contemporary interpretation of the historic event that remembers the heroes of the revolution and especially honoring the Canadian people who welcomed Hungarian refugees.

Composed of 37,565 pieces—one for each Hungarian refugee accepted into Canada—the tunnel begins with a Hungarian flag with a hole in the middle, representing how protesters cut the communist coat of arms out of the Hungarian flag during the revolution. The tunnel then morphs—as a representation of the journey of the refugees—until it reaches an exit, which is shaped like the national symbol of Canada, the maple leaf. 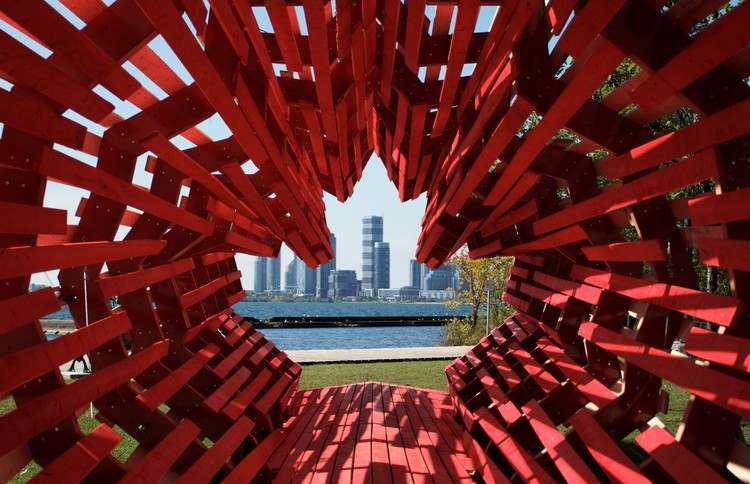 The welcoming of Hungarian refugees was a huge turning point in the history of Canadian immigration policy that shaped the country’s open-minded attitude towards immigrants in general. Hungarian immigrants added value to the economy of Canada, like those 200 young engineers arriving from the Faculty of Wood Sciences of the University of Sopron who helped to shape the world famous Canadian wood industry. Canada welcomed 37 565 Hungarians after the Uprising, molding the image of Canadian society so much, that in 2010 it was designated a Canadian national historic event and part of Canadian heritage - explained the architect in a press release.

The installation was commissioned by the Consulate General of Hungary in Toronto, who, in addition to local Canadian Hungarians from around the country, assisted with construction.

We wanted to create a memorial that could be interesting to a Canadian youngster, who does not necessarily have Hungarian roots, said Péter Pozsár, co-founder of Hello Wood. The Tunnel Through Time is a visually exciting object, and if someone steps closer, they will get a piece of history by meeting the story of the events of 1956. Canadians of Hungarian origin can be proud of the old country and to Canada, which gave them a new home, and the culturally diverse local community can experience a piece of world history.

Tunnel Through Time is currently on display in Budapest Park in Toronto, and will be moved to Niagara Falls, where it will be in custody of a Canadian-Hungarian scout group.

News via The 1956 Hungarian Revolution and Freedom Fight 60th Anniversary Memorial Board. 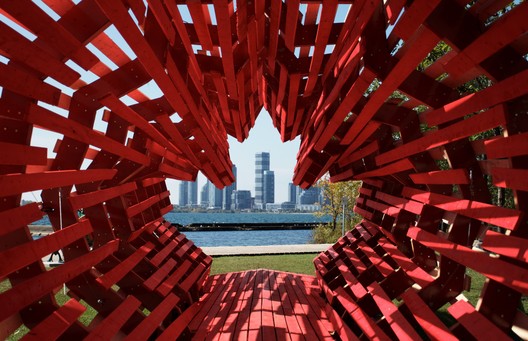