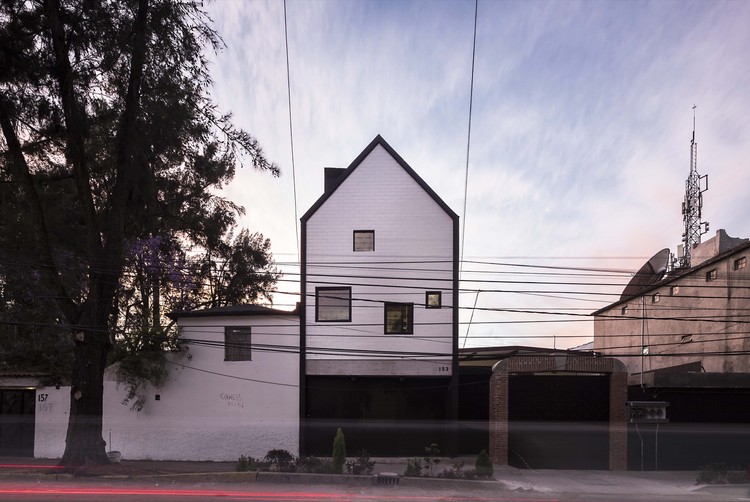 Text description provided by the architects. Located in Xomalli street 153, in the town of San Lorenzo Huipulco , the xomali house it develops through two floors and a mezzanine on a plot of land of just 35.64 m2, each program element is accurate within the project settings , with the intention of re think the minimum dwelling space. The scheme has a commercial ground floor , the first floor contains the public spaces consists of the kitchen, living room, service area and a double-height study; the third floor has a mezzanine that contains the master bedroom as the most private core.

The location of the house on the street facing has made a distinction in urban silhouette, proposing a reconfiguration in integration into the context, becoming an urban reference.

In the Xomali House, our team found the possibility of materializing a growing concern of social consciousness.

In terms of program, the project is a single room with trading floor; but our goal was to solve the complexity of living in community. So we seek the independence of the individual, through the quality of space:

House Xomali is a contribution to the imaginary of emergency social architecture in Mexico City. Through this exercise we reinforce the identity of a family, and support the emancipation of the individual, making easy a community life, which is a feature -and not an obstacle- of Latin American society.