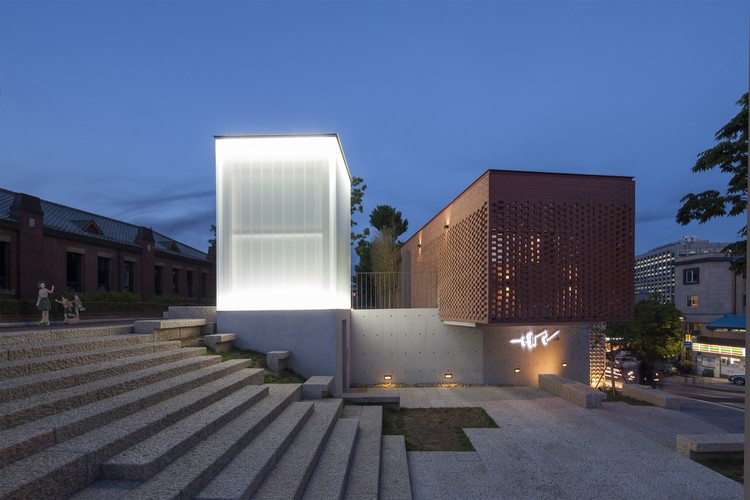 Text description provided by the architects. Bukchon village where tradition and the present meet; residences, tourist attractions and shops are all in harmonious formation alongside Jeongdok Public Library of 33,000㎡ and its rich green area. However, the location is higher than the surrounding area and the enclosed space layout is accessible only via one entrance, which makes the site poorly connected to the village.

As the same interests are shared by the Jeongdok Public Library, which wanted to restore a relationship with the village by demolishing a 35m long concrete wall along the street, the Jongno-gu Office have planned to build community and tourism supporting facilities, devising a cooperative endeavour between these two public sectors. A 4m tall retaining wall was demolished to make fundamental improvement to the entrance of Seoul Education Museum and to create a pedestrianized area outside Jeongdok Public Library.

A tourist information, a public toilet, and the Bukchon Gallery were built at the boundary area. Each building of about 50㎡ is organised as a separated mass along Hwadong-gil and the gap between them was planned to form the main façade along the street. This scheme has aimed to facilitate a relationship between the inside and outside of the site and to vitalize the public role of Jeongdok Public Library by providing a resting place as a compromising space for local people and tourists. 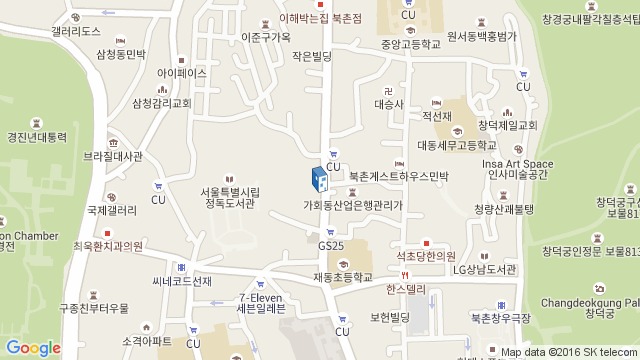 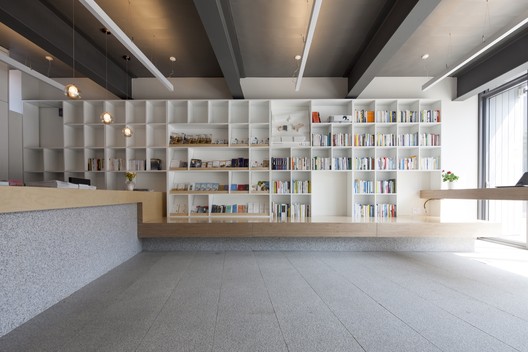 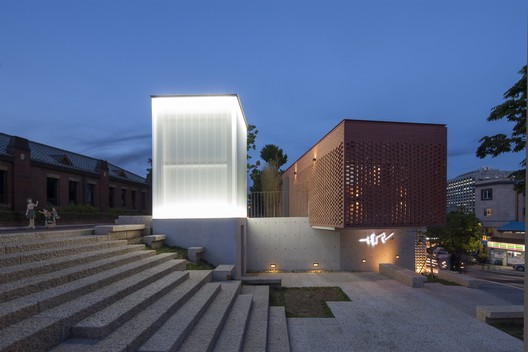