Zaha Hadid Architects has won a competition for the design of the Urban Heritage Museum Administration Centre in Diriyah, Saudi Arabia. The center will serve as the head office of the Heritage Museum, an educational institution established to preserve the historic UNESCO world heritage sites of Diriyah and the surrounding Wadi Hanifah valley. 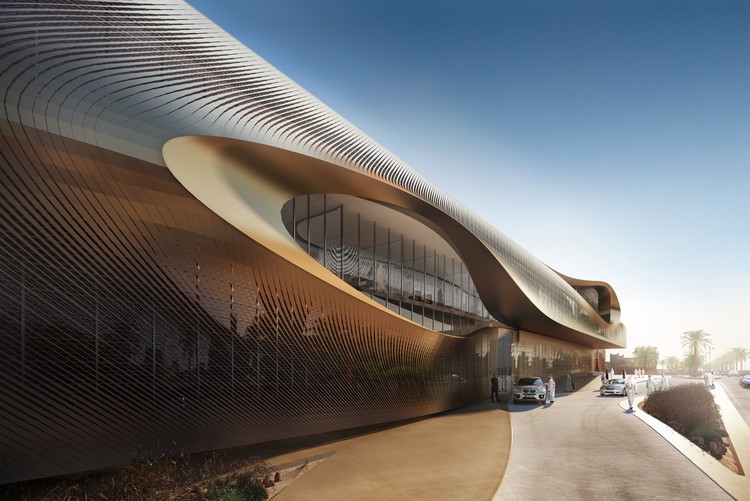 The 8,780 square meter (95,000 square foot) building will contain a permanent exhibition gallery, library, lecture hall, and student/adult educational spaces, and will also serve as the home of a new scientific institution aimed at conducting field research and documentation of the many archaeological sites in Diriyah.

The project design draws inspiration from Diriyah’s status as a natural oasis within the harsh Wadi Hanifah valley and greater Najd central plateau. This context is translated architecturally by organizing facilities around a central atrium containing a prominent water feature, and the intrusion of four “scooped green oases” into the otherwise solid-seeming building volume.

The building envelope itself will consist of a double-facade inspired by the thickness of the rammed-earth construction of Diriyah’s historic buildings: an outer perforated skin that shields the building from the sun and an inner curtain wall to preserve views out to the natural surroundings.

“The design relates to Diriyah’s local vernacular, not through mimicry or a limiting adherence to references of the past, but by developing a deeper understanding of its traditions and composition – expressed in a contemporary interpretation informed by the same natural forces that defined Diryah’s historical architecture,” explain the architects in a press release.

“True authenticity resides in the balance between tradition and ever-evolving innovation. This has been integral throughout the project’s design process.”

The Centre hopes to become a new piece of the nation’s evolving cultural heritage initiative, as it becomes both a new tourist and educational destination as well as a hub for research programs than can be taken on by scientists and academics from all over the world. 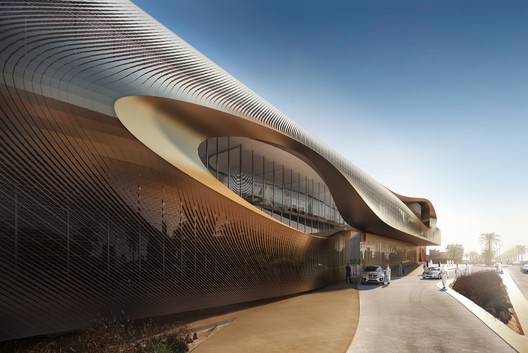