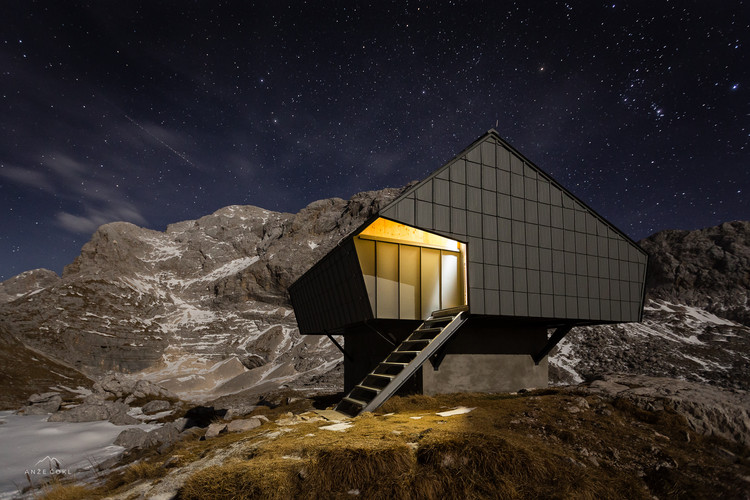 Text description provided by the architects. World War 1 left countries devastated. After the signing of Treaty of Rapallo (1920) on a territory of the latter Yugoslavia, Italy started to build a huge alpine fortification system, which was an enormous engineering feat, consisting of supply roads and paths that led to high-alpine fortresses, outposts and other military infrastructure.

Nearly a century later, Premica Architects from Celje, Slovenia, turned the former shelter – bunker into an alpine shelter for mountaineers. The entire alpine bivouac stands on concrete foundations, on the remains of a former shelter. Supply roads and paths remain almost intact in places and serve as marked hiking paths nowadays. There are hundreds of (parts of) them remaining, offering relatively easy and safe access with even inclination to the high alpine world of this part of the Alps.

The entire bivouac was manufactured and preassembled in a workshop in the valley. The disassemblebled cross-laminated panels were then transported to the location by helicopter. To make transport possible, they were divided into 20 packages of similar weight.

The bivouac stands on concrete foundations, more specifically on the remains of a former bunker from WW1. Shelter features no running water or electricity apart small solar panel for a single wall-light inside. Toilet is a tiny separate building 50 m away.

Presenting the fundamental contrast between people’s needs and their relationship with nature, bivouacs address the surrounding terrain with understanding, which is of key significance in interventions into sensitive wild environments. On the one hand, the Prehodavci bivouac continues the tradition of light prefabricated alpine shelters, and on the other, it further develops it by exploring the boundaries of comfort.

Despite technological simplicity and robustness, the structure brings a touch of modernity and coziness into this alpine wilderness. Bivouacs address the fundamental gap between people’s needs and their attitude to nature through the understanding of the surrounding terrain, which is of key significance in interventions into sensitive wild environments.

Product Description. Storaenso timber construction and cross-laminated wooden panels were chosen for two main reasons: pleasant and cozy final look of the interior and good strength to weight ratio with relatively easy and quick installation. Wood is a natural element and thus blends in perfectly with the sensitive nature of the Triglav National Park.

The assembled construction has the final natural wood look and feel on the inside, whereas the high quality Prefa façade and roof panels protect the outside. The asymmetric walls ensure wind retention and offer natural snow shedding capabilities, preventing any kind of accumulation on top. Materials are time tested and proven to withstand the 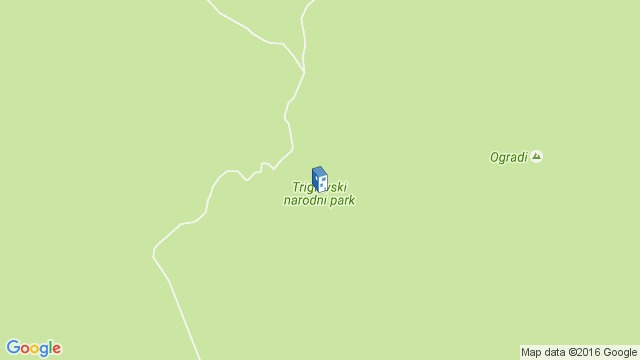 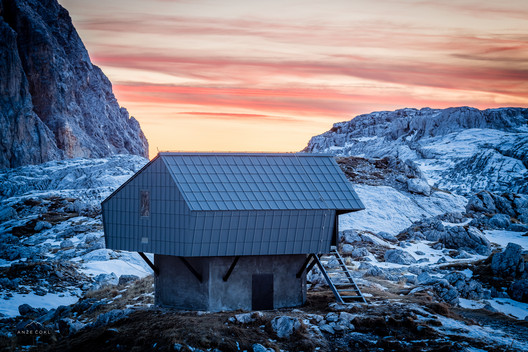 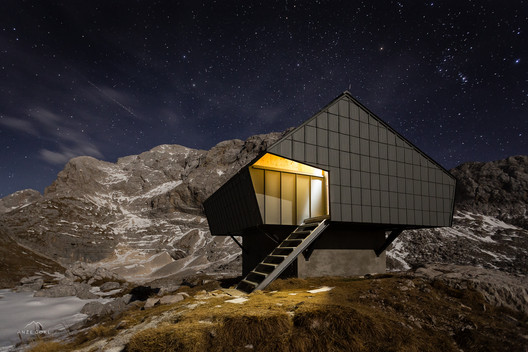