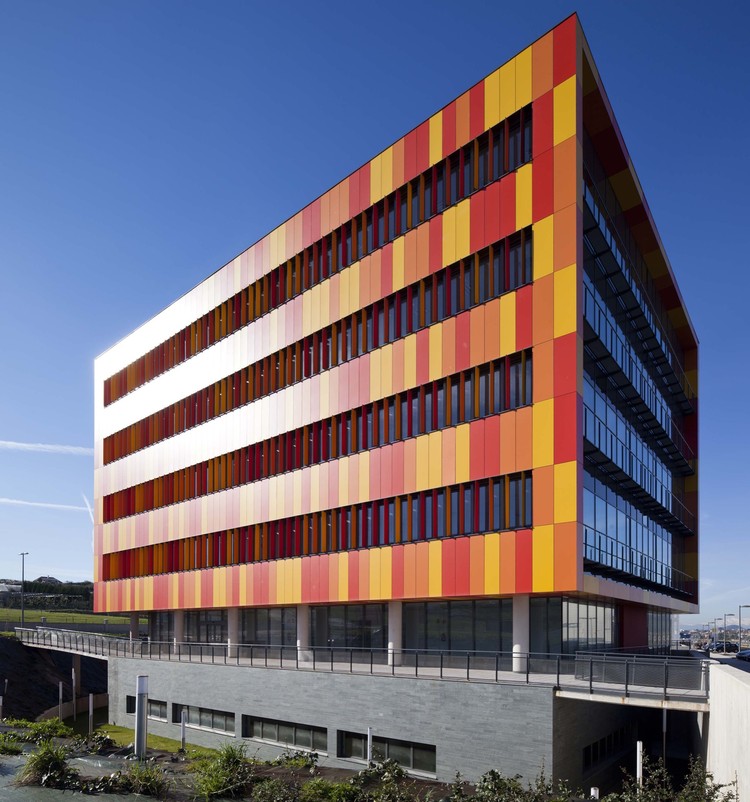 Text description provided by the architects. Winner Project of a competition organized by the public company PCTCAN, for two office buildings in the "Scientific and Technological Park of Cantabria".

The formal image of the buildings is based on sustainability and energy savings criteria, but also on its functionality, adopting simple technical solutions in order not to increase the construction costs, and prioritizing functional aspects of modularity and flexibility.

The differential treatment of their façades, adapted to each orientation, seeks to achieve an optimal use of solar energy.

The structure is solved with a central concrete core (with the vertical communications, toilets, ducts and piping), and a perimeter of small steel columns integrated in the façade, in order to achieve a completely open floor without intermediate columns.

The buildings rise on a half-buried stone plinth, surrounded by curved landscaped slopes that give contrast to the building rigid geometry. Over this base, the access floor, glazed and set back from the rest of plants, is located. And above all, the colorful office prism that seems to levitate in the plot.

The architectural language integrates environmental solutions. The main volume, that locates four office plants, is solved with a ventilated façade of thermosetting resins panels. Openings are treated in each façade differently depending on their orientation. In the East and West façades horizontal windows are protected by vertical louvers made with the same façade panels, integrating them into its modulation and colorful. This solution gives a very different aspect to the façade depending on the angle from which you observe it, from a totally blind façade, to a complete open one. Instead the North and South façades open to the landscape through large curtain walls. On the South side, the façade is protected from solar radiation by large aluminum louvers. In both façades, maintenance catwalks have been integrated in the design, avoiding the installation of gondolas.

Up to date only one of the buildings it has been built, being the construction of the second planned in 2017. 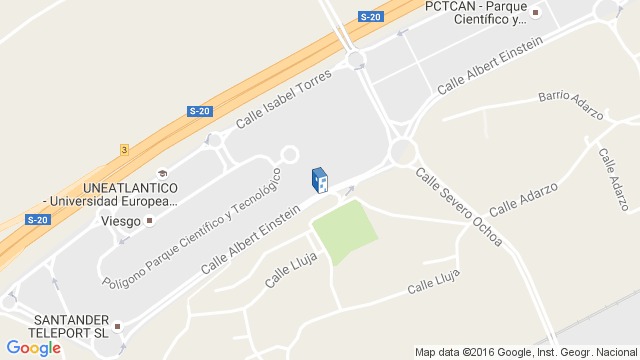