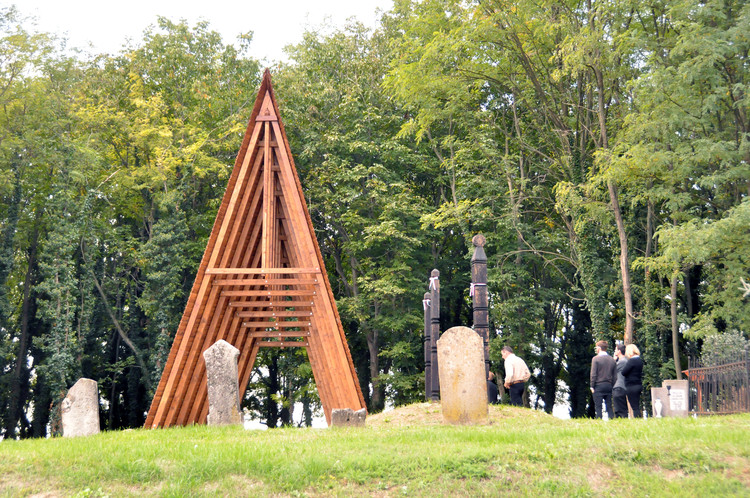 Text description provided by the architects. A towering building on Terehegy was designed by the students of Szent István University (SZIE) – Ybl Miklós College of Building, Faculty of Architecture and Civil Engineering (Stefánia Radnai, Csaba Székely, János Korpás and Máté Kis) under the guidance of instructors: István Fülöp and András Krizsán DLA, and built with widespread local support.

At the border of the village, at the side of the road next to a vineyard, the Protestant cemetery is located like a green grove among the large shield of agricultural lands. The cemetery garden overgrown with bushes and trees is now only used occasionally. The funeral ceremonies were held in the open air – sometimes in the rain and mud, in undignified conditions. There was not a designated area, an indoor space where to lay out the coffin, where the priest could pray and the relatives could say their final goodbye to their loved one.

The task was to design a multi-purpose community building and funeral home, what is a simple half-covered construction, protects against rain and sunshine. Where is place for the feretory and the relatives, and give the impressive ambience of passing away – but also captures the atmosphere of the landscape. It must be a determinative but not excessive construction in the graveyard, linking the environmental elements (road, slope, graves, stairs) with the funeral ceremony. It has to show a sacral function together with architectural value of the structure.

Because of a local initiative András Krizsán went to István Fülöp who organizes annually construction camps. At first this project was the topic of the workshop-week at the Masters courses ended with an exhibition. After some valuable, inspiring suggestions the Bsc students gave the final form of this project in their exam exercises of the semester. Working in teams the students designed the plans, refined and clarified the concept week after week. It was a motivating factor that this plan can be their first built project, but they also had to pay attention to make it feasible and easily performed. The common thinking deepened the contact between client and designers: for the client this project was a personal story and it became an alive challenge for the students. 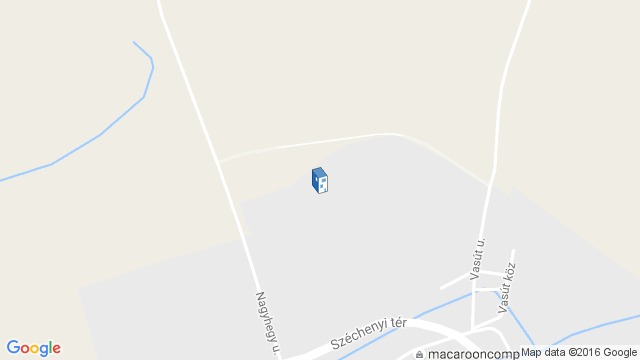 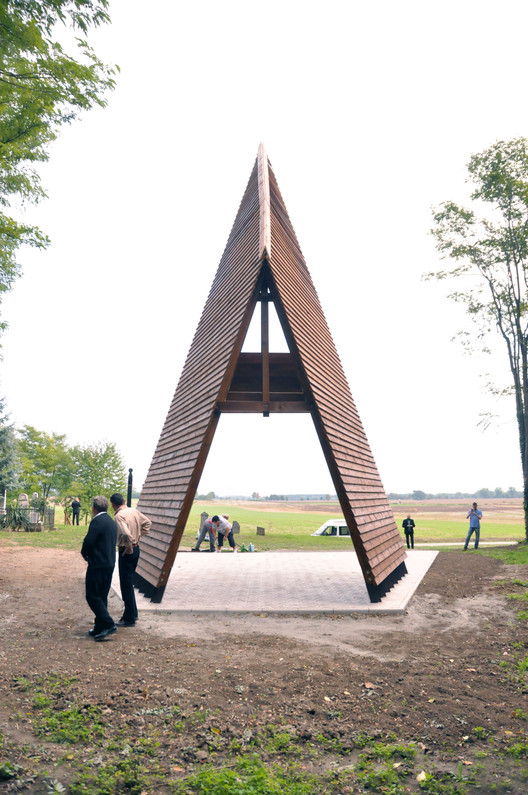 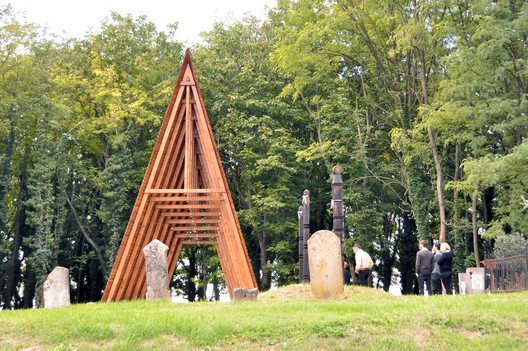