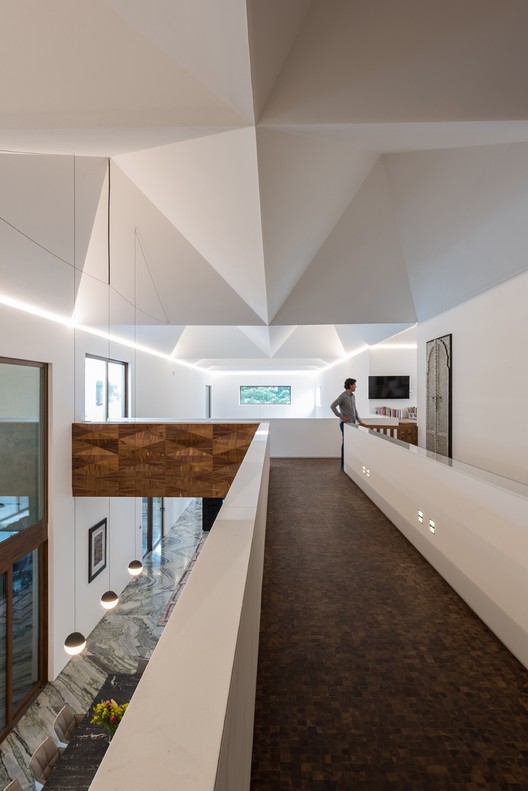 Text description provided by the architects. The client approached BUDIC (http://www.budic.com.mx) with two main requests for their house project, one functional and one aspirational. On the one hand, they needed a house that had adequate scale and comfort for a couple whose kids have grown and left the home, but that at the same time in which they could have a Christmas celebration with over 60 members of their extended family. On the other hand, they wanted to live in a “French Villa” that took advantage of the privileged location that the site provides on a peninsula.

Using the “French Villa” as a conceptual departure point, we adapted a pyramidal hipped-roof module that is implemented throughout the plan varying in size depending on the hierarchy of the space. This approach allowed for an integrating concept, at the same time it permitted for continuous and flexible, yet differentiated, spaces. This approached fulfilled the restriction from the residential development, where the project is located, to have pitched roofs covered in the clay roof tiles common to traditional Mexican residential architecture and it also met the clients’ desire to have tall expansive spaces, as the roof measures as much as 7.8 in height internally.

The pyramid as an organizing module was not only employed in plan, but in elevation as well, generating the organization of all of the façade elements as a series of protruding and detracting pyramids clad in smooth “conchuela” marble in combination with rough marble panels to create a series of contrasting textures. The façade pyramids are then cut to open windows and doors whose edges are delineated by metal frames that integrate LED lighting to highlight the volumes and to produce dramatic effects at night.

The pyramid motif is repeated in other details in the house, including flooring, doors and fixed furniture design in order to weave a formal logic through all of the scales of the project

Functionally, the project is arranged very simply in two main wings –public and private- connected by a vestibule that opens up to a garden-patio that overlooks the lake and can be filled with a thin layer of water or emptied to allow for bigger family events.

The access to the vestibule is through a closed courtyard shaded by an existing tree.

The private volume of the house includes the owners’ bedroom, which includes a bathroom with a jacuzzi that visually blends with the adjacent outdoor pool. It also includes the visitors’ bedrooms in the second floor, accessible through the main stair. The TV Room/Office acts as the space that marks the transition between the public and private realm.

The public wing is conceived as a series of continuous spaces –living room, bar, dining room, breakfast room and kitchen- that can be integrated or used separately. The covered terraces that they connect to on the south façade also act as sun protection and extensions of the interior public space. An additional request by the owners to be able to constantly see and hear their visiting grandchildren from the kitchen -where they enjoy cooking- was solved through the insertion of a game room in a mezzanine that overlooks an expansive double-height kitchen.

In the end, the project achieved the original goals of the clients by using their dream of living in a French Villa to develop a formal organizing concept that was flexible enough to seamlessly accommodate their lifestyle requirements as well. 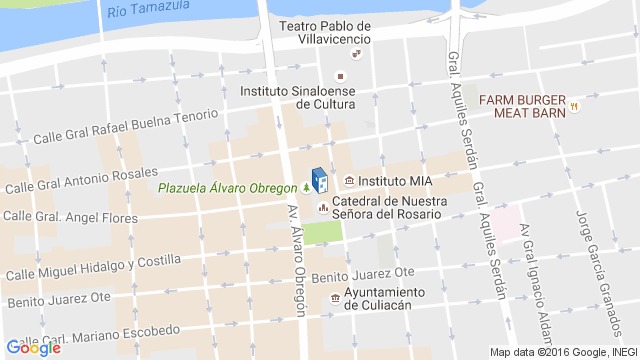 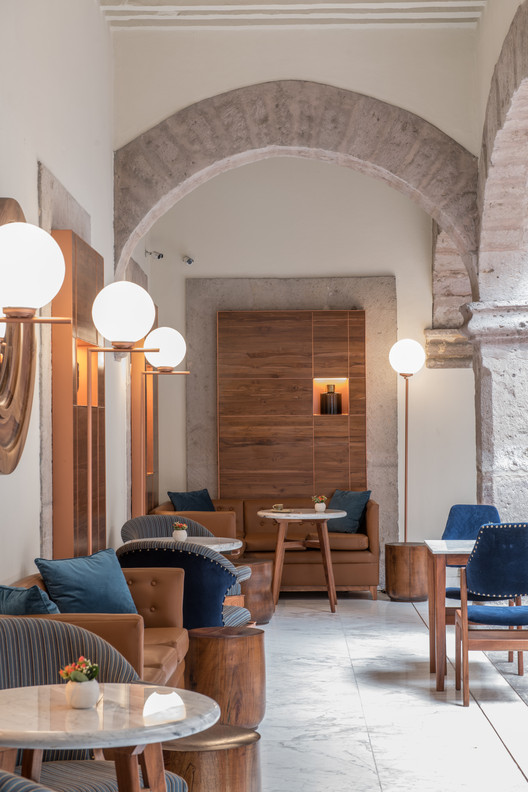