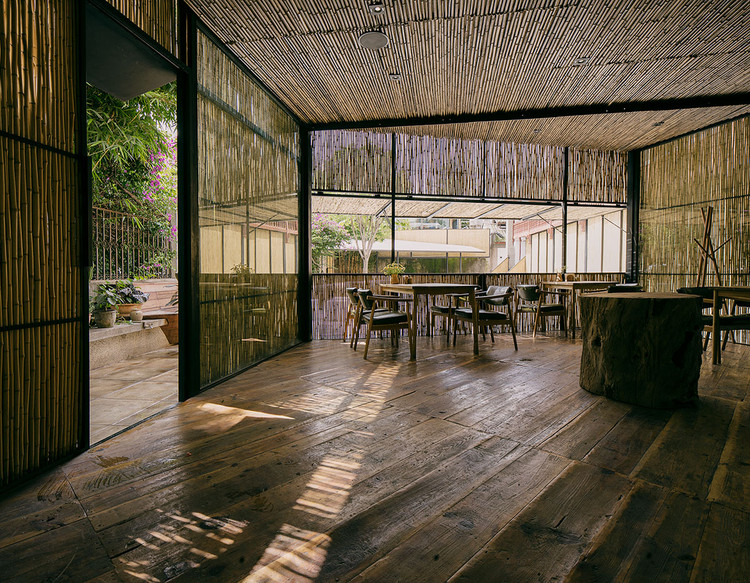 Text description provided by the architects. This is a renovation project. The property was originally an abandoned office facility located at the center of Dali old town, including a traditional Bai style timber building, a bungalow made of brick and concrete and a 200 sqm courtyard. The property has been rented by a local lifestyle brand “Chaimiduo” and renovated into a farm restaurant, a farmer’s supermarket, a gallery for local handicraft and space for “Chaimiduo Bazaar” that opens once a week.

The idea of the renovation is mainly about redefining the courtyard’s four different sides using ad-hoc strategies. A second floor is added to the bungalow at the north side of the courtyard, with a traditional Bai style tiled roof (responding to the design code of Dali old town). An irregular shaped steel pavilion extrudes into the courtyard, connecting the restaurant interior with the courtyard space. The pavilion is wrapped with bamboo to emphasize its volume and to filter sunlight for its interior. The bamboo façade is operable towards the courtyard, allowing more interaction during bazaar hours. The bamboo facade also extends upward and becomes the banister for the terrace. The profile of the banister is tilted, directing the spatial orientation towards the preserved upper floor facade and tiled roof of the neighboring timber building.

The timber building was constructed according to traditional methods. We demolished the partition wall on the ground floor and also the timber doors with wood lattice. The space of the ground floor therefore opens up to the outside. We also added to the facade a system of bamboo sliding doors and then the openness can be adjusted. The bamboo system hides the original timber columns and introduces a new appearance responding to the transformed open spatiality. While canceling the reading of the traditional image on the ground floor, this new façade also highlights the more refined details of the preserved facade of the upper floor and tiled roof.

The southern side of the courtyard is the main entrance to the whole property. We added a wedge shaped pavilion to redefine the entrance space. It provides shelter and also transforms the spatial sequence. Bamboo is used here as the ceiling and can be visually related to other bamboo facades and create a more unified impression.

The west side of the courtyard has an iron fence with lush local ivy that provides the property with a soft and semi-transparent protection. We simply added a wide timber platform that covers the flowerbed and can be used as a long bench and a place for children to play during bazaar hours. 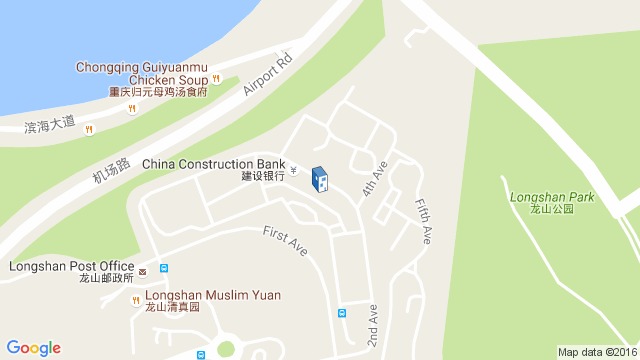 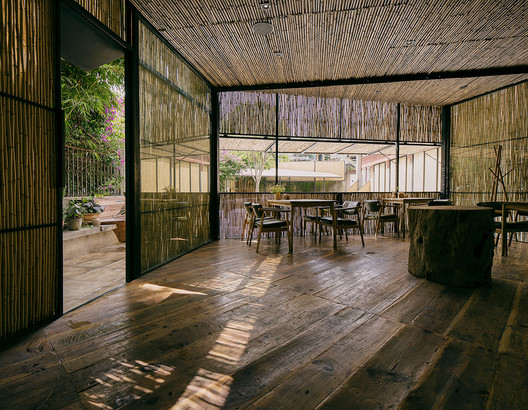