Now in its eighth edition, Design Week Mexico, in collaboration with Museo Tamayo, has unveiled the design for a major public architectural pavilion designed by leading German architects Nikolaus Hirsch and Michel Müller. Until Spring 2017, the installation will be a cultural attraction at Chapultepec Park, Mexico City’s largest public park. 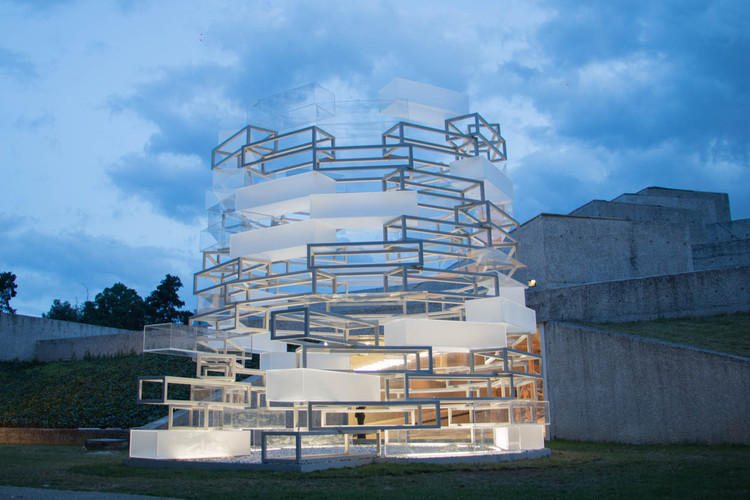 Entitled Museum of Immortality II, the project is based on an unrealized concept by German-Russian philosopher Boris Groys, and draws on 19th Century Russian philosopher Nikolai Federov’s “notion of the ‘Common Task,’ which envisions the creation of the social and political conditions necessary to achieve technological immortality and material resurrection for all men who have ever lived. Federov believed that museums provided the ideal setting for such resurrections to take place, having developed preservation and conservation techniques.”

Made up of modules assembled into a six-by-six and eight-meter-high hexagonal arrangement, the installation is situated in Museo Tamayo’s gardens in a vertical configuration—opposite of that of the project’s arrangement while it was on display in Beirut as Museum of Immortality I, when its configuration was horizontal.

The architectural structure is additionally accompanied by a 30-minute video by Anton Vidokle and Oleksiy Radynski that explored the theoretical premises of the project.

We are thrilled to show a prototype for the Museum of Immortality in Mexico City, said architects Hirsch and Müller. Its deep fascination with death cults makes Mexico a very special context for such a speculative project. Based on theories of cosmism and resurrection by philosopher Boris Groys and artist Anton Vidokle, we try to speculate on the limits of what we call design and the material world. We ask: can we design after-life? Can—as the context of the Museo Tamayo suggests—humans be preserved like museum artifacts? 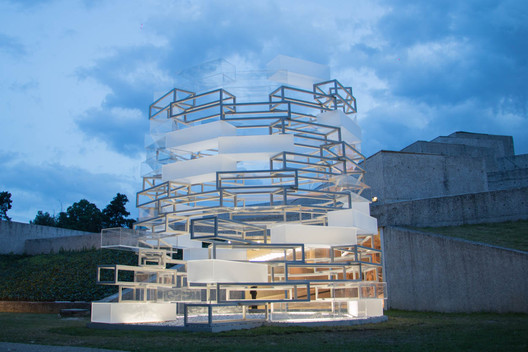