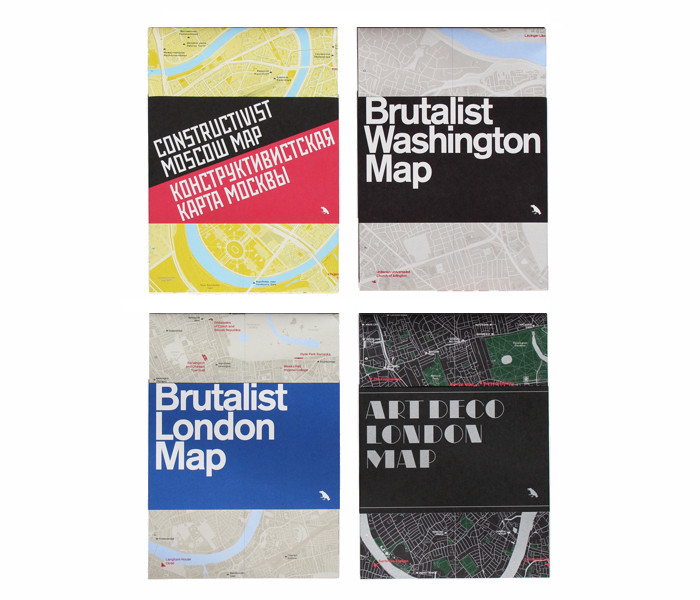 As more and more examples of classic Brutalism face demolition by neglect, we hope that putting these examples of D.C.'s Brutalist architecture on the map will foster public appreciation that ensures their longevity, said Madsen.

Of the 40 Brutalist structures highlighted on the map, many like the Hirshorn Museum and Dulles Airport are familiar, while others like the National Presbyterian Church may prompt a visit. With Brutalism's increasing popularity, the creators of Washington D.C's Brutalist Map hope to inspire readers to gain more knowledge.

Brutalism hit its stride in the mid 20th century, but it may be having a moment again. The style most notably associated with Le Corbusier's initiative also worked its way into structures by Paul Rudolph and Louis Kahn. Brutalist architecture's reinforced concrete and ominous impressions served government buildings particularly well due to the mandates for economic construction methods and unidentifiable appearances.

As the style sees a small revival, the two Brutalist maps in the collection may attract a large number of architects. The Washington, D.C. map is two-sided with an introduction to post-war construction and Brutalism, in addition to architectural details for each photo.

The series of maps are available for purchase through Blue Crow's website, here. Individual maps are priced at $10 USD (£8 GBP) plus shipping, or the set of 4 maps can be purchased for $35 USD.