Save
The Gardens of Gabriel / Atelier(s) Alfonso Femia 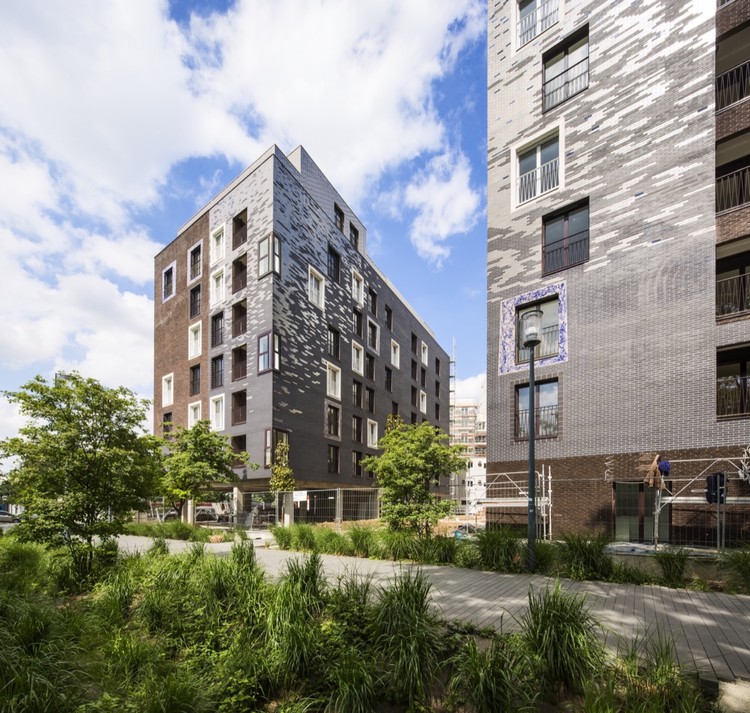 Text description provided by the architects. After two years of work, 5+1AA Alfonso Femia Gianluca Peluffo architecture agency ends a housing complex of four buildings with a shop in Asnières-sur-Seine (92).

The project is situated between the end and the beginning of an urban axis of fundamental importance for the whole city because of the forthcoming opening of a major train station for the Grand Paris Line. The trapezoidal shape of the area of the project is particularly evident in aerial images. A first reflection arises: how to manage this arrangement? How to present the project towards Grésillons Avenue and the train station, since this area represents a structural interface from a functional point of view? How to dilate, in addition to the space already provided, this area and make it a true gateway to the neighbourhood?

The project was developed thanks to an analysis of possibilities: the atmosphere, the landscape light, the environmental constraints and the formal game that consists in a series of cuttings, openings, slidings defining the three bodies of the building. The city is in continuous dialog with the internal park, creating a building/landscape rhythm. The architectural writing of the project is based on this notion of rhythm (openings, materials, treatment of the top floors): it favors, in a common grammar, the diversity of the urban landscape created between city and nature.

The project is characterised by a reafirmation of the decor with the use of ceramics and the ornamentation of the façades represented by six angels. This reafirmation invites to reconsider housing as a home, a place to live, and not only an addition of requirements to satisfy. Unity, urban rhythm, classical vertical stratification, a unique matter that integrates some shades able to foresee the soft metamorphosis towards the sky, where are the ancestors of the cities, observing us, looking towards the horizon, towards the sky. The decoration reappears in the city as a means of identity and pleasure, beauty and culture.

The two façades situated on the edge of the site bene t from a specific treatment. The northern façade gives onto the area in front of the RER regional high-speed train station and acts as an entrance to the urban development zone. The shop on the ground floor has a completely glass façade. As for the south façade it presents the urban face of the project along with the car park, it is in total contrast with the glassfronted façade to the north.

The programme consists of 144 affordable housing units and 39 social housing units going from R+1 to R+8, and includes 360 square metres of commercial space. The project’s composition of volumes is divided up into three buildings developed mainly along the length of the RER line C. This segmentation allows for the central section to remain completely visible, a reduction in the number of solely north-facing units and the creation of a supplementary southfacing façade. The different blocks are interlocked, in a way that highlights the unitary elements of the composition and encourages urban diversity. 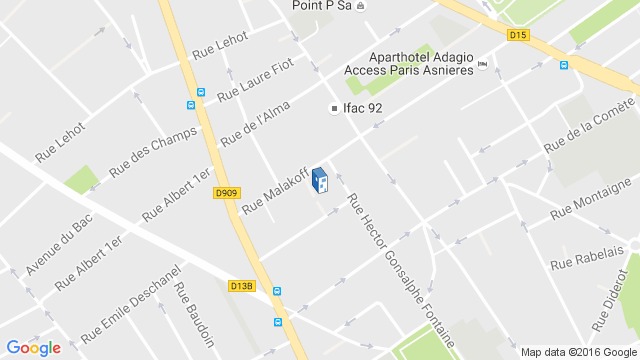 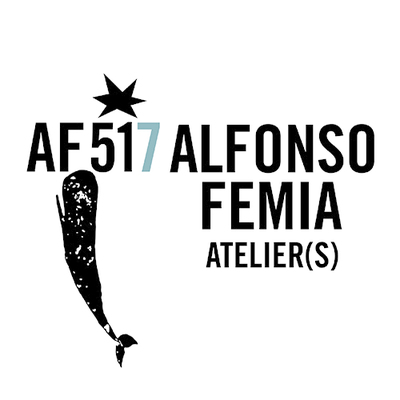 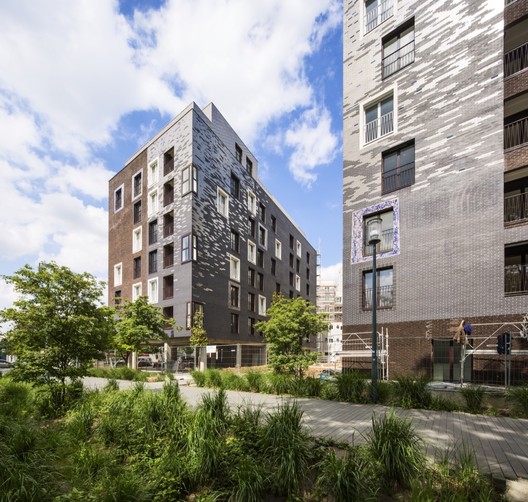