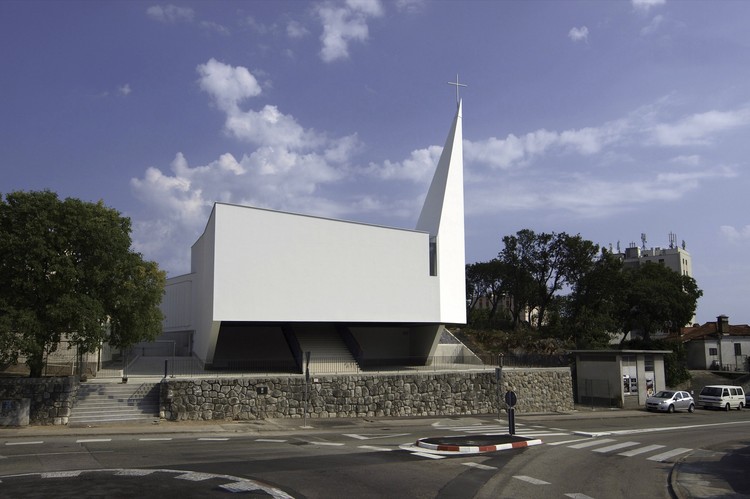 Text description provided by the architects. The context of the project is already contained in the same title of the project task: Church St. Ana and Social center Vežica. This public and social context is only enhanced by the presence of a school in direct contact with the location of the project, but also the park that connects everything, and functions as a certain 'green spine'. The church is therefore in direct dialogue with the social center and park, so the project puts emphasis on these two spatial relations by means of an 'atrium' and a 'porch', two strong architectural elements trough which a place becomes a 'position'.

The interior of the church already begins in the access square that connects the church with the social center, where the church leans above it forming an inner atrium as the spatial extension of the square. The rise starts in our own reflection in the glass façade of the ground floor, and continues on the central stairs leading to the atrium. The atrium has a task to gather and connect people, surround them and protect them, get them to jointly participate in religious events. It also refers to the monastic cloister, which is peripherally framed by a full wall, while in the middle is the void, the connection with the access square and the ground floor of the church. The atrium also covers one part of the main square. Following the atrium are the sacred spaces of the church at the park level with which the church is linked directly through the porch. So instead through one door, the exterior and interior of the church are separated over the atrium and the porch of the church that are directly connected (semi-public space). This spatial proximity of the church, the park and the access square is articulated as the area of procession, where the liturgical and secular spaces meet and give life to the church. The building itself shows its presence in one essential gesture: the white volumetric dematerialized mass looms over the main square.

The difference between 'secular' and sacred part of the church is emphasized by partially shifting and different materialization of the facade - glass wall in relation to the wood panelling and concrete slabs compared to the stone pavement of the atrium. White walls define the outer perimeter of the church and create a distance between the inner spiritual world and outside of the city.

The spatial growth of the church through the atrium, nave that ends at the presbytery of the church is followed by a graduation of the interior lighting. Access Square bathed by daylight, rises in the mysterious dimmed atrium, and ends in the light-filled main hall. The church hall is characterized by three basic elements. The first of these elements is a longitudinal and cross-section of the hall, which follows the growth of the hall to the presbytery. The second are the visible reinforced concrete angled ribs, which draw the side, diffuse light in the hall of the church. Third are spatial niches, which draw direct daylight in the altar, baptistery and tabernacle. Artificial light follows the same principle of natural daylight by means of color and the type of lighting (warm - liturgical spatial niches, cold - diffuse side lighting). The mediterranean ambient of the church is also narrated through shadows that alternate on the porch towards the park and on the covered square in front the entrance of the church. 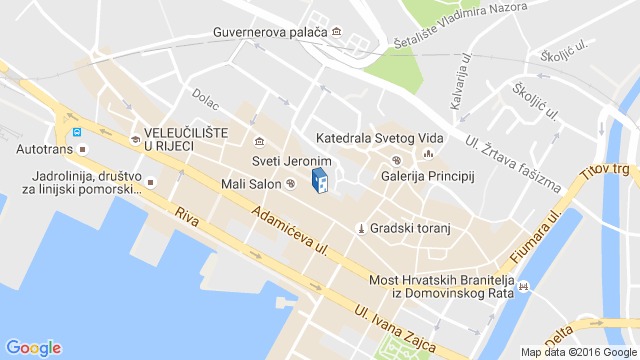