Archimatika Architects has unveiled the plans for “Leopol Town,” a new housing project located on Styiska Street in Lviv, Western Ukraine. Overall, the project will include seven buildings, with 757 flats, shops, cafeterias, restaurants, and public access at the lower levels.

In an effort to combat the uncomfortable Soviet “sleeping neighborhood” feeling of the city, the project will feature open blocks, parceling, energy efficient systems, and sustainability principles to “invite nature in.” 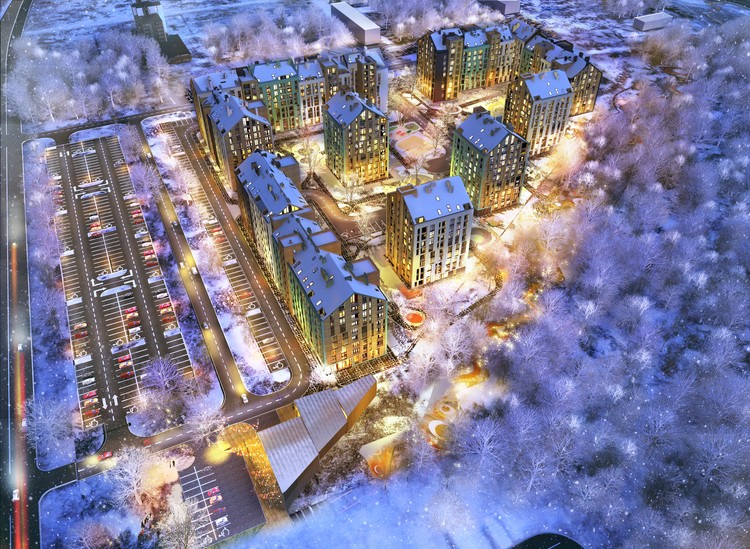 Lviv is a city that is valued for its history, and moreover the Ensemble of Historic Center is under UNESCO protection. We wanted to pay tribute to the city and the styling of its historic neighborhood by rethinking the block and opening it to nature to penetrate and open views to the public - said the architect.

Along the longer side of Leopol Town, a green pedestrian street will connect the historic city center and a new sports arena. Through the use of trees, the housing will act as an extension of this green zone.

The design of the buildings is drawn from the Historic Old City—façades will feature historic elements and inclined roofing will correlate with the silhouette of the Old City.

Three types of urban zones will comprise the project: public interactive, and semi-public. Public green zones filled with recreation places for kids and their parents will be a place where residents and neighborhood guests come together. Built-in cafeterias, restaurants and local stores are facing public zone, and create next urban layer, where people can interact with neighborhood. Semi-Public continuous pedestrian space inside of the enclose complex is created for the needs of residents and their guests. It also provides kids’ safe movement inside of the yard. Recreation zones for different ages, sport zones, bicycle paths and kids’ playgrounds designed in different areas of the future development - described the projet's team. 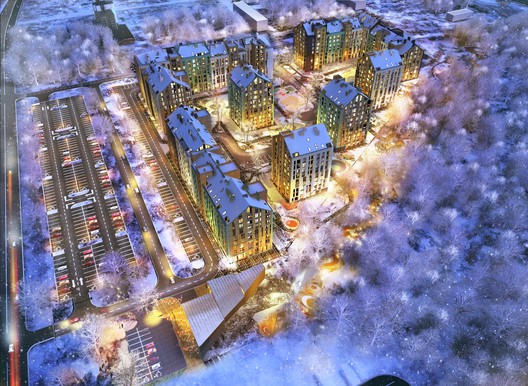