Save
A Forward-Minded Retrospective: Cedric Price Works – 1953-2003
Share
Or
Copy

Cedric Price Works 1952-2003: A Forward-Minded Retrospective, written and edited by Samantha Hardingham, is a two-volume anthology bringing together for the first time all of the projects, articles and talks by British architect Cedric Price. Co-published by the Architectural Association (AA) and the Canadian Centre for Architecture (CCA), the publication will be launched on 14th October 2016, celebrating Price’s illustrious career as an influential thinker, philosopher, teacher and architect.

A student at the Architectural Association School of Architecture in the 1950s, Price established his office in London (1960), going on to produce some of most intensely imaginative and experimental architectural projects of the latter half of the 20th Century, including one of his very few built projects, the Aviary at London Zoo (1960-65) with The Earl of Snowdon and Frank Newby.

It is his unbuilt projects, however, that cemented Price as a significant and influential figure in design, including ‘The Fun Palace’ (1960), his renowned project for a flexible and sociable space that was an inspiration for architects Richard Rogers and Renzo Piano's Pompidou Centre in Paris.

Comprising of two volumes: Volume 1: Projects covers 112 works of Cedric Price Architects in chronological arrangement, drawing on all original material, spanning Price’s celebrated career. A hardbound volume containing over 900 drawings, photographs and images, many of which are previously unpublished. Volume 2: Articles & Talks looks into another dimension of Price’s practice, specifically his activities as a public speaker and writer. A mixture of illustrated lecture transcripts and facsimile pieces, this soft-bound, magazine-like compendium, completes the publication, together with a slipcase that houses both volumes.

A dedicated website for the book has been launched providing key information about the book and its associated launch events alongside excerpts from its contents and information on how to pre-order a copy. 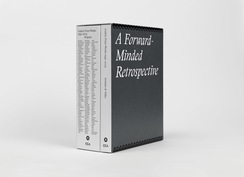 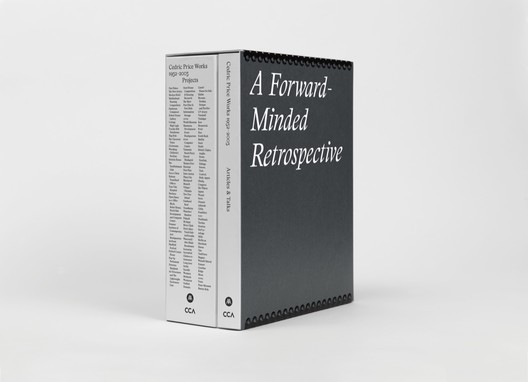