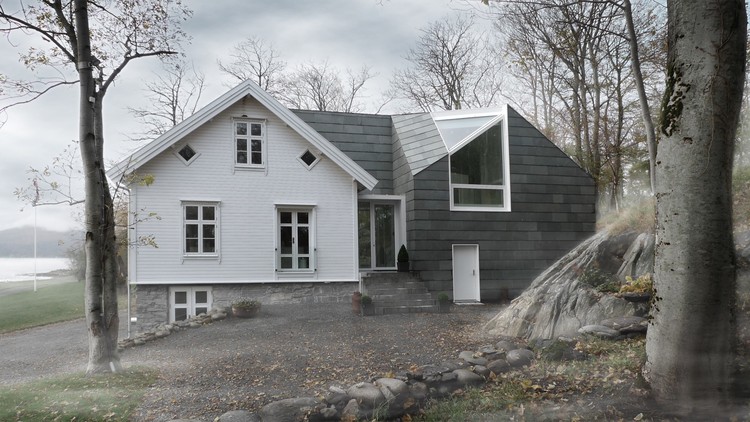 Text description provided by the architects. Older buildings are often poorly adapted to the demands of modern life in terms of functionality and comfort. The staircase is too steep, the house too dark and the floor plan incompatible with new requirements. In addition, such buildings are often listed and must be handled with extra care.The solution can be an extension that houses spaces and functions that are difficult to fit in the older building, such as new wet rooms or a more convenient vertical communication. When adding a new building to an old one, the architect has to answer some fundamental questions: Is an affinity with the existing house necessary when designing an extension? If so, what makes one recognise an affinity? What level of abstraction can be used without losing the bond between the two buildings?Is the contrast maybe just as important as the affinity? Contrast creates legibility and definition. It highlights the qualities of both the original building and the addition. Strict formal guidelines from the planning authorities were the basis for many of the decisions in the Bestemorstua project.

The extension was obliged to have a pitched roof at the same angle as the roof of the older building and had to be situated well behind the original house.

This restriction led to the idea of making a non identical twin with its own strong character, placed side by side with the old house. Like yin and yang, the new and the old part of the house complement each other, both practically and visually. The slate extension sits like a rock next to its’ twin. It anchors its brother firmly to the ground and protects him from the strong sea wind.

The choice of both shape and material of the extension simultaneously create an affinity and a contrast. The height restrictions from the planning authorities resulted in a split-level floor plan to provide natural light to all rooms in the extension. This solution made the vertical division between floors less prominent and movement through the house effortless. The visual contact between floors, as well as between the building and the landscape outside, enhances the feeling of openness in the house.

In order to minimise the physical engagement with the old façade, the extension had to be freestanding, only joined together with the old building by a narrow connection. In spite of its moderate width and its role as a divider between the old and new parts of the house, it was important that the connecting volume and the rest of the extension together formed one single shape. An oblique surface was therefore added that tied the new pitched roof volume to the connection.

The end product is an extension that combines exciting spatial experiences with the practical requirements of modern family life, whilst meeting the demands of the planning authorities.

Product Description. When designing Bestemorstua it was important to create an affinity between the new extension and the old house. Choosing a material that related to the existing building was one way to achieve that. The original roof material of the old house is Alta slate so it was natural to also use that for the extension. By letting the slate cover not only the roof but also the wall on the extension, it simultaneously creates an affinity and a contrast to the old house.

The use of Alta slate forges a bond between a 400-year-old vernacular tradition and new contemporary architecture and between building and the Norwegian archipelago landscape.

Alta slate, as a material, was crucial to the project’s success, not only visually but also practically.  Its strength made it ideal for the harsh coastal weather.

Alta slate is essentially indestructible and unchangeable. It is also sustainable and maintenance free. Due to the fact that it is a natural material, each slate is unique. At the same time it is just the same as it was 100 or 200 years ago, which means it is perfect for extensions where you want to relate to an original building that uses this material. 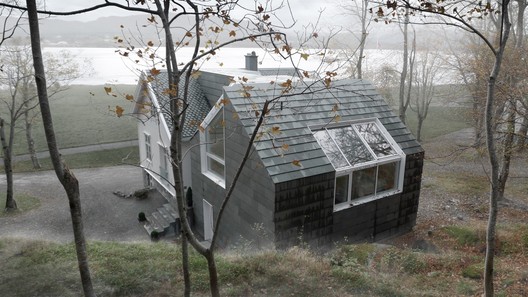 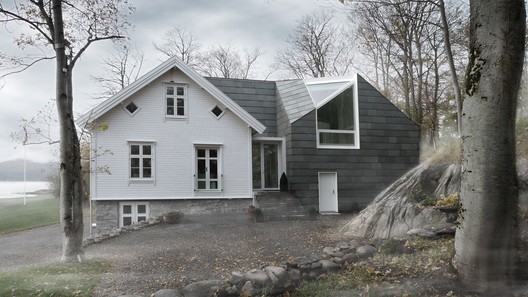