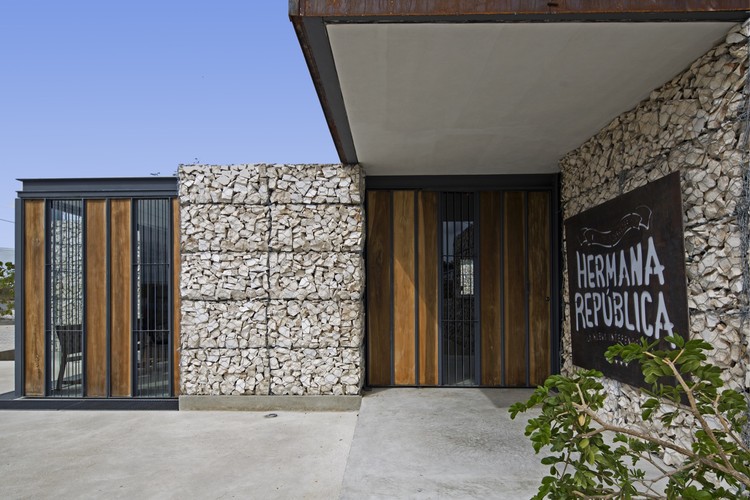 Text description provided by the architects. Hermana República is a tasting place for Patito a beer made in a local brewery. Behind this tasting spot is the factory where the beer is made.

On the other hand, one of the strongest concepts of the craft beer served in Hermana República, is it’s ingrained with the sister republic of Yucatán, therefore its name. The formal and constructive concept of this point of sale has strong roots on the constructive systems and the formal space of construction in Yucatán.

The traditional “stone walls” of Yucatán, are represented by gabion walls in which they inserted some PVC tubes to allow the wind to pass through. This gabion walls hold a big metallic box that also evokes the big structures in which henequen and other products from our region where stored.

The interior is not presumptuous; it’s all about natural concrete floors, essential furniture designed by Oscar Hagerman, a very casual environment but at the same time with a human scale that provides us confidence and warmth.

The constructive system made by Joist structures that holds a concrete roof in which the constructors left the wood falsework apparent, an illumination based on hanging sources of light without any lamp to cover or decorate them.

The general volumetry of Hermana República is conceived as a big metallic box supported by this gabion walls that don’t meet with the box but they stand out of it accommodating the services and framing the beer garden that its used for private parties and on weekends its used as a parking lot for food trucks that get together and create this casual environment. 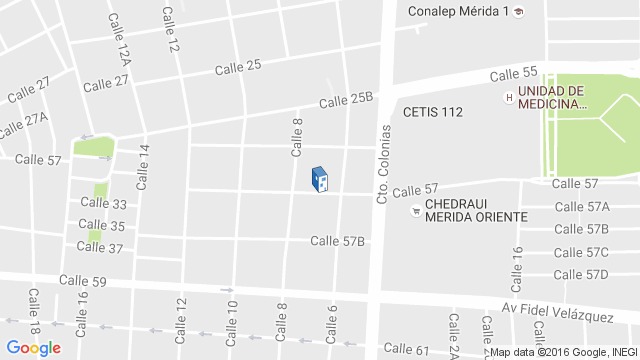 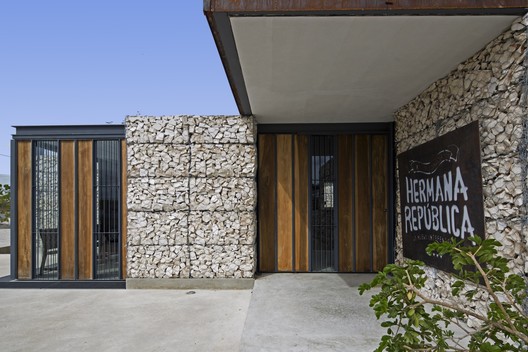