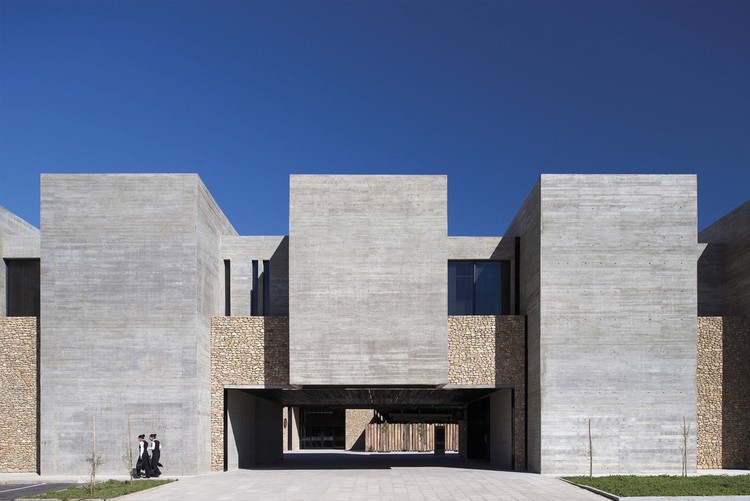 Text description provided by the architects. About 3 kms from the city center, away from the urban grid, stands the Casino and Hotel Ovalle, founding a citadel in the middle of the valley of the Limarí. As well as the ancient inhabitants of the valley settled to the interior of the gullies; real cracks that striped the central plateau of the valley, this intervention aims to constitute a new gully on this new site. This crack seeks to give refuge through its nooks, which generate a sequence of indoor and outdoor spaces that are hidden from the outside traffic and tracks, favoring the calm and rest.

A large perimeter stone pirca delimits the living space of this new citadel. On it lie the volumes that contain the various components of the architectural program forming a square floor plan, which cuts through diagonally, forming the central crack of convergence. Making it seem as if this monolithic and hermetic volume was carved from the inside toward the outside, taking place through the stone materials, generating a crack and leaving the perimeter uncarved.

Except from the hotel, all other buildings are quite airtight, with walls veneered in stone found in the surroundings, giving a vernacular sense, and referring to the rocky walls of the gullies of the valley of the Limarí.

Each volume and its respective form accuse in a very subtle way what happens inside. The Casino and Ball Room collectively form a large box in a single floor, which is accessed from 2 opposite directions and receives a botanical garden on the roof, where the main species of cacti from the region are grown. On the other side of the central crack are located the Hotel and the Spa, which despite being connected, are formed in a completely different language, responding to the program in its interior, but maintaining a colloquial character. The hotel is distinguished by its metal cladding, inspired by the diaguita culture and their geometric forms, emulating a Greca. The Spa is a series of enclosed volumes arranged along 75 meters. Each one of these blocks suites heated swimming pools, body treatments rooms and other similar uses, topping off at the end with the outdoor swimming pool. Towards the end of the path stands the Diaguita Museum, a large monolith cube in board exposed concrete, striped by cuts of zenithal light. 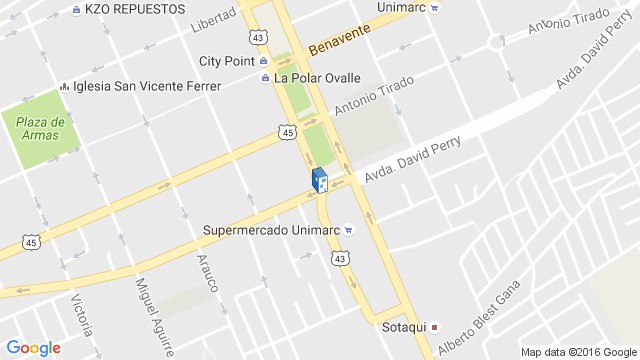 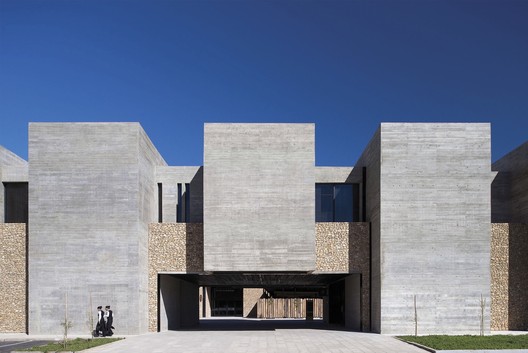