Text description provided by the architects. Once was a time when a roof was a roof. Mostly it just sat up there to keep the rain off, but more importantly, it looked like a roof. A roof would hold itself in such a way, with its jaunty gables, casual hips and firm ridges, to let the world know that this house is a house. A noble task indeed. Yet, for the most part, a roof would do precious little to enliven the warren of rooms below.

With Hip & Gable, Architecture Architecture pays homage to a dignified, long-serving Californian Bungalow, while enticing it to say a little more and to do a little more too. We began by studying its ways: it’s darkened plinth, bricked chimney stacks, outlined fascias, ribbed gables and deep, bruised eyes. We emulated these ways, lending contemporary inflection to old charms. Yet it was the roof where things really got smart.

Indeed, the roof is still a roof. It rests over the house and it shelters its occupants. But where the ceilings were once low and flat, now they are generous and varied. A gentle underbelly has been revealed; it lifts and dips, shades and illuminates, shaping the many rooms and moods of the house.

From the backyard, a reclining hip casually slouches over the bedroom wing, while an attentive gable stands to attention over the more formal living spaces. Side by side, they are like the ears of a dog, one alert and the other playful, ready for whatever comes next. 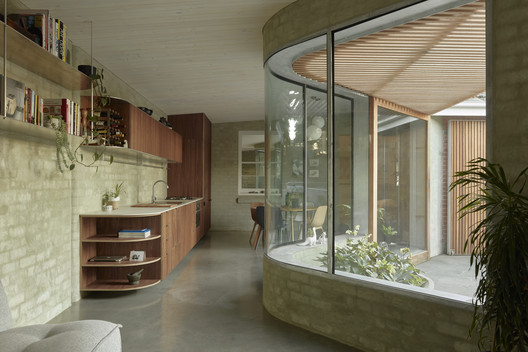 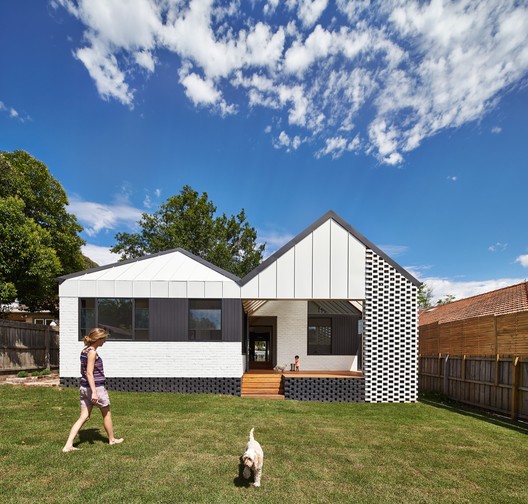