Save
A House in Irus / Dan and Hila Israelevitz Architects 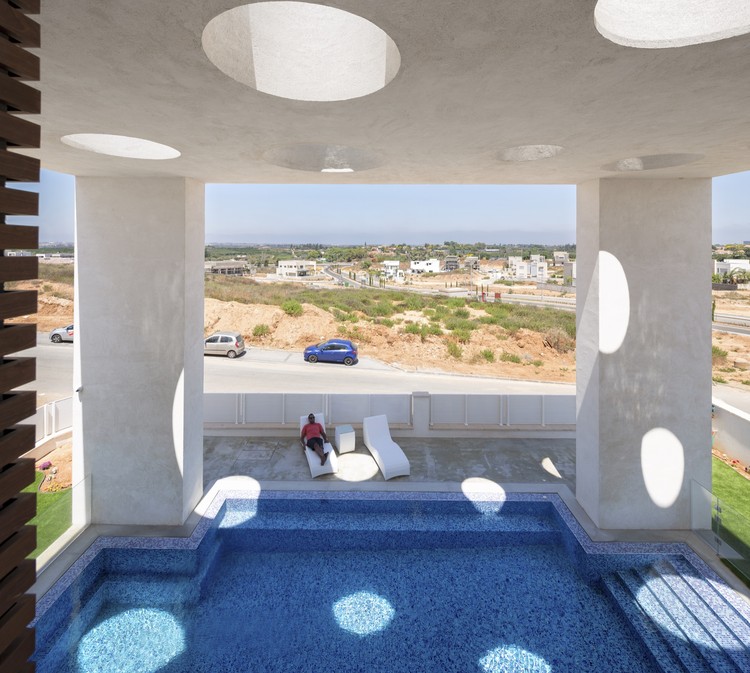 Text description provided by the architects. The main concept of the main structure is the reference to the plot's location, which is on the highest hill of the neighborhood. The scenery includes uninterrupted view of the Mediterranean and the entire Gush Dan area. Therefore, the house was designed so that it opens to the view. As a consequence, the external sitting area was designed as a direct continuation of the internal space, and beyond that, the swimming pool with the structure's contour lines

The prominent internal/ external relations in the design is expressed by pulling the roof beyond the structure's contour, creating shade in the external sitting area. An analysis of the sun's rays during the day determined the angles of the round light openings in the concrete ceiling, that serves as a built pergola. Each one of the openings is in a different angle, in order to maximize the shading in the sitting area.

Discovery/ concealing: an additional architectural concept that characterizes Dan and Hila Israelevits Architects is the design that is partially concealed, while the house is revealed as the time goes by, while walking into the space. The house's façade has more to it than meets the eye; the wooden grillwork covers up what's behind and what it is used for, and the main entrance door is embedded into the vertical wooden grill that covers the whole structure. Narrow rectangular windows characterize the first floor, up to the western facet, which is totally open to the view.

"Peeping through the keyhole": the house's geometry is regular, while the architectural concept of tempting the guest entering the house was achieved by the openings in the structure's pergola, whose sizes vary. By reflex, the guest is attracted to the upper object, noting the varying openings that provide a clue to whatever follows… 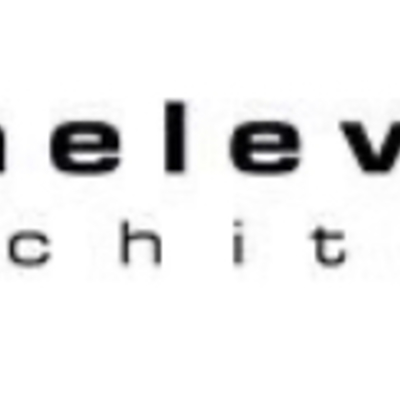