Save
House in Laax / Valerio Olgiati 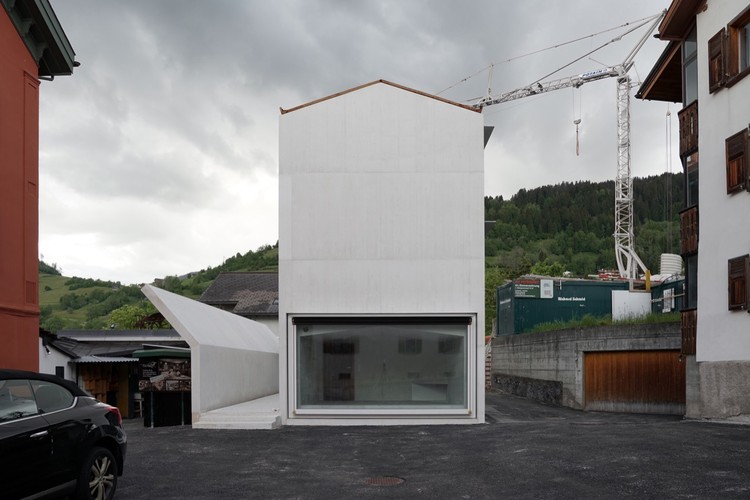 Text description provided by the architects. The single-family house rises from a 10-20m wide and 90m long lot in Laax, Switzerland. Local building legislation only permitted the construction of volumes aboveground at opposite ends of the property. One end of the area is situated in the “village zone”, while an “agricultural zone” surrounds the other end. Two completely opposite worlds form the context of this house.

At the historical village limit of the parcel is the so called “city house”. A clear and simple facade underlines the public space lying in front of the house with the volume and rooms orientated towards the village. Located here are the children's bedrooms and the guest rooms. Towards the agricultural zone, at the other end of the plot, rises the so-called “country house”, a lower lying solid volume that opens towards the landscape.

The two ends are connected by an underground hall, where the daily life of the family takes place. Two top lights provide natural lighting to the space. All the main rooms in the house are niches and with their gables they transform into caves. Each space is interconnected with a 90m long corridor that forms the spine of the entire building.

Exterior and interior walls are all in white in-situ concrete. On the outside, attached tilting windows preserve the clarity and legibility of the two exterior volumes and lived-in niches.

Outer appearance and inner experience of the house form a contradiction that only mentally can be reconstructed as a unity. The house has an unexpected “grandezza” and homogeneity that is in stark contrast to the compartmentalisation and heterogeneity of the surrounding village. 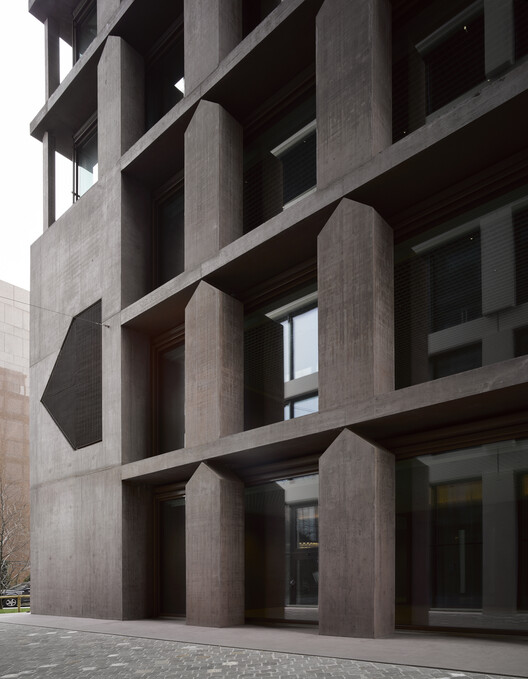 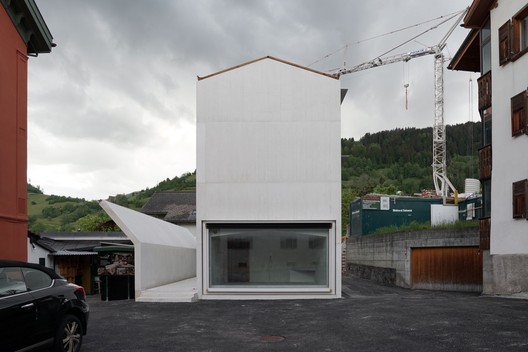