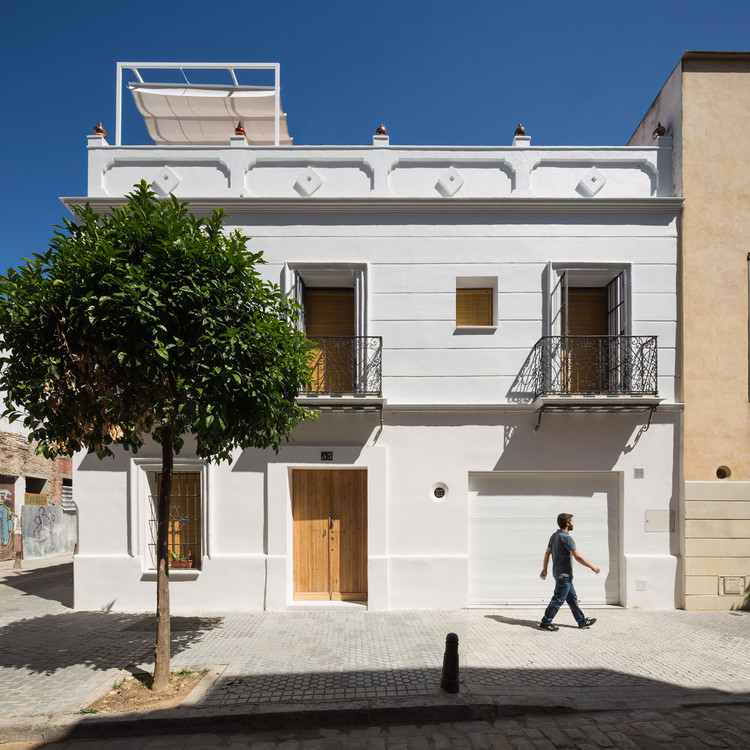 Text description provided by the architects. The house located in the old city center of Seville, Spain. The project is a low cost intervention in an old small house built in 1958. The house has an irregular shape which is considered one of the characteristics of the area.

The intervention focuses on creating a modern and functional house. Starting with the research and study of the house typology and how to keep and reinforce its authenticity while at the same time allowing it to answer to contemporary living standards. The main reason for the house ́s adaptation process was to arise its historical footprints using creative resources at the lowest cost possible.

This new structure was painted in dark gray to easily make the distinction between what has been renovated and what was left as it is. The new steel structure is not connected with the original wall structure. The newly built wall was painted white as a neutral background, and so is the original brick wall with lime mortar.

In general, the material that had been used are the same material which represents the characteristics of the area but with contemporary techniques, in order to keep the house related to its zone without it being the odd one. The staircase has been fully covered with glass, to provide natural light. The main structural element consists of an existing brick compound wall that formed all the edges of the house accentuating its natural material palette. the ground floor which consists of the garage, bathroom, and bedrooms. Its slab is completely made of concrete. As for the first floor slab, it is made from wood. The furniture and stairs are made of chestnut wood. 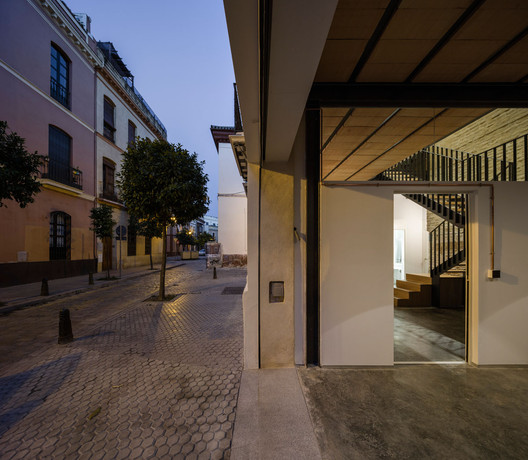 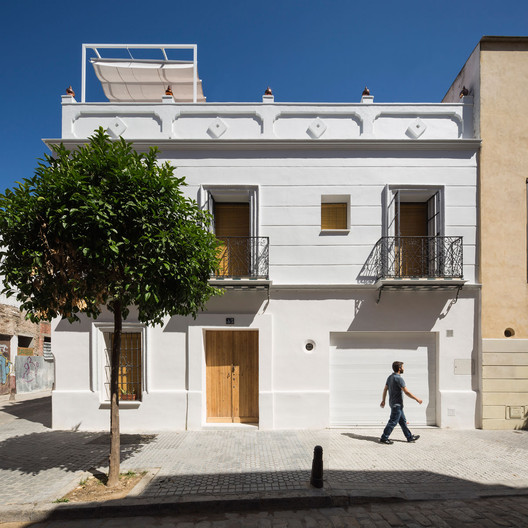