Text description provided by the architects. The idea of situating and relating a series of objects in the landscape- Dwelling, Chapel, Hunting pavilion and Guard´s residence- gave the project a dual significance: in addition to the close relationship between landscape, objects and itinerary –between space and objects-, each item had to provide a different response with different emphasis, from the most symbolic to the most silent or private. The unifying thread was to be the concept of the fold: the fold as a hidden generator of different spaces.

The Chapel unit is developed around the study and manipulation of a focally tensed "box-fold".

It is set at the top of a slight hill, turning it into a reference point in the landscape seen from the entrance to the property, at a 2km distance from a lower level, displaying different visions along the entire itinerary. It is oriented slightly off an east-west axis. One goes around the chapel on arrival at the residential zone, making it an entrance turning point. Visitors enter the chapel rising through the western façade until arrival, interiorly, at the focal point in a non-symmetrical front.

Along this walkthrough interval the varying scale of the fold makes the compact volume break offering a closed-compact, open-fragmented sequence of spaces in a constant change of time.

The chapel has been thought naked, with no artificial lightning, as in a place where the exterior-interior spatial relationship determine its sense, its attention; only a cross, an onyx lamp and an image in the focal point reinforce the symbolic aspects involved in the project.

By proposing a fold in the box, in the corbusian “boîte”, a single material arises: golden concrete that captures all of the shades demanded to the volume, from capturing the direct light that breaks through an additional plane in the spatial composition, to the transmission of the unstable, coloured scent of dawn.

Light thus takes on the role of a second material in the chapel, a material that contrasts with concrete, fragile, changing, mobile, unstable, dominating or vanishing.

Note: This project was originally published in December 16, 2016 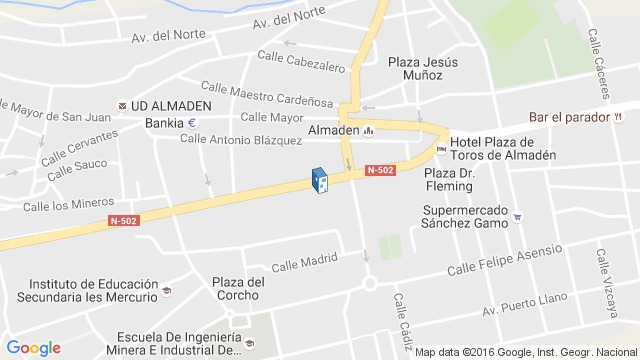 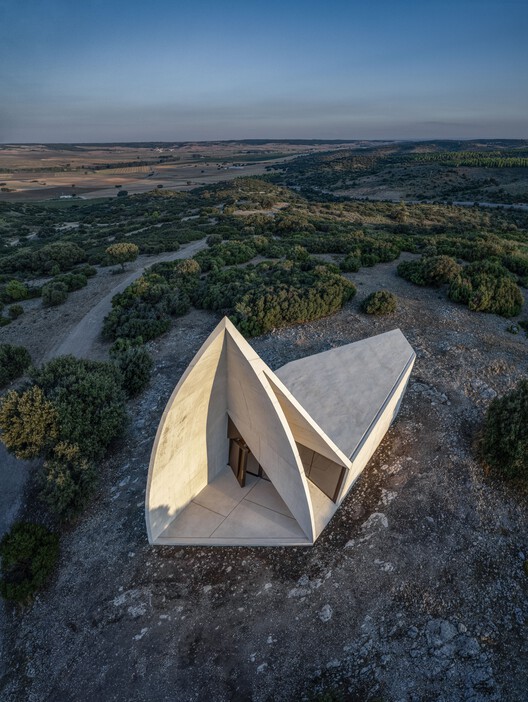 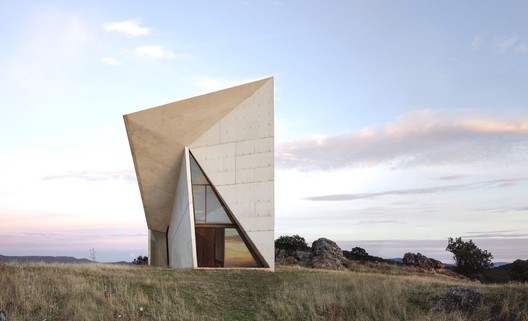