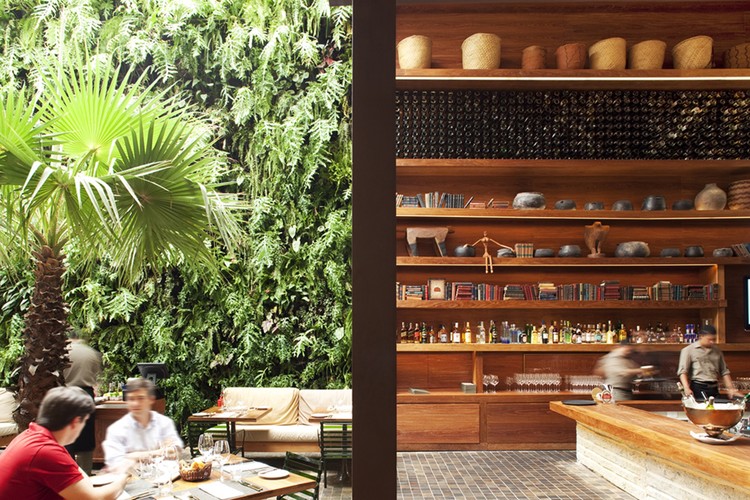 Text description provided by the architects. São Paulo is a City that reveals itself behind the walls which makes some places amazing and special.

The discrete facade of the newest restaurant KAA gives no hint of what may prove to be internally. Inside, the narrow space of 798 m2 gets a new depth through the Green verical wall with plants from the Atlantic forest. The water mirror on the botton of the tropical green wall refers to “Igarapés”, that were so common before as well as nowadays in that region.

The huge stand at the bar that divides the big environment of the restaurant in 2 separate áreas is to suport indigenous original pieces which mimic with the bottles, cups and books. The roof made with canvas opens automatically. The furniture is contemporary and the philosophy of this place is transporting the urban “paulista” to a Green environment, it’s an escape from the chaos. 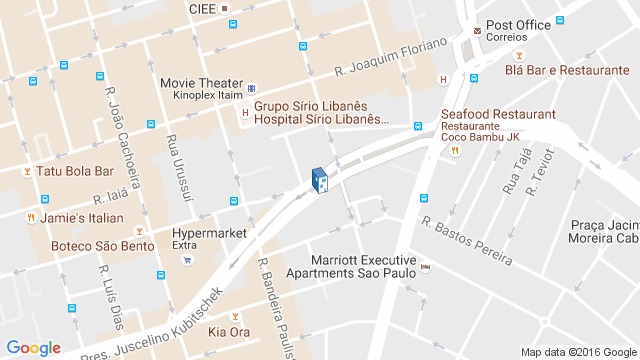 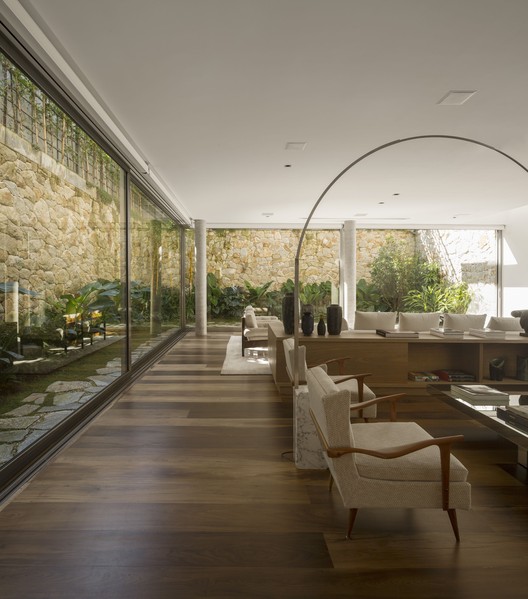 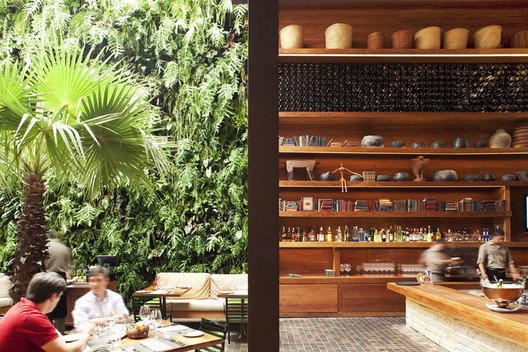