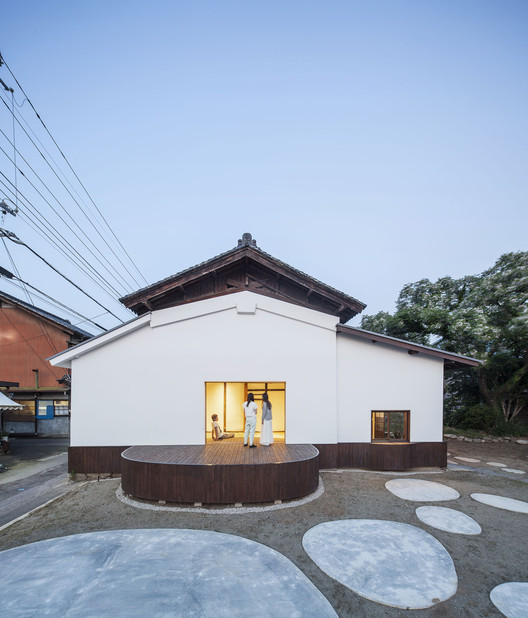 Text description provided by the architects. This project is a conversion of a kura, a traditional Japanese warehouse, into a community space. In cooperation with a local community group, we restored and renovated this building with the broader goal of contributing to the revitalization of the area. Located in Ichikawamisatocho, a Japanese provincial town in Yamanashi prefecture, the warehouse is part of a former sake brewery compound. The main building of the compound faces the shopping street, and the warehouse faces a back alley. The restored structure is the only remaining of a longer warehouse that existed along the back alley. Due to its state of decay, the owner decided to partly demolish it, leaving only a portion of the warehouse. The walls of this remaining part of the warehouse were nevertheless severely damaged, and the resulting urban space after the demolition left an unstructured urban void without character. We proposed to re-use the remaining warehouse and the surrounding space, conceiving the whole as a public space open for the local community.

As a result of several months of brainstorming sessions with the local community group, we proposed to introduce new public uses into the sake warehouse, to convert it into a multi-purpose community space for exhibitions, meetings, conferences, and performances. Our goal was not only preserving the old warehouse, but giving it a new life while keeping its historical and architectural character. For this purpose, in our design we use a Japanese traditional repertoire of materials and elements, but giving them new forms and uses.

We restored all walls, fixed the openings, and repaired the roof, trying to keep as much as possible the original roof tiles. We introduced a new wooden wainscot, a traditional element found in many kura warehouses, to protect the lower part of the walls. Besides these restorations works, our intervention in the warehouse was focused on providing character and use to the main urban void left on the western side of the site. We conceived this void as a small plaza with a stage emerging from the warehouse.

The stage is two-sided, connecting the interior and the exterior of the warehouse, enabling the celebration of indoor and outdoor events. In order to integrate it with the warehouse, we designed this new stage with the same wood and height as the surrounding wainscot. The wainscot seems to change its dimensions and become naturally a platform for performances.

We also intervened in the interior of the warehouse to accommodate exhibitions. We installed new lighting fixtures, such as lighting rails for spotlights, and brackets to illuminates the roof structure at night.

As for the surrounding space, we designed a new public circulation connecting the main shopping street to the back alley, offering the public the opportunity to enjoy the garden surrounding the warehouse. The new public circulation is facilitated by another traditional element, often found in Japanese gardens: stepping stones. This time, however, the stones are artificial: custom-made in poured concrete. We introduced diverse sizes and shapes of “stones”: small ones to mark paths, giant stones to mark staying places in front of the stage. We examined on-site and in real size each shape and size, and we built the formwork with curved veneer wood. As real natural stones, each one has a different shape and size. Their position, size and shape was designed to subtly reinforce activities and movement in the garden.

This project, realized in close collaboration with a local community group, creates in an inner-city derelict site a new public space. It gives people the opportunity to gather in this town where public life is almost extinguished due to urban sprawl and the hollowing of the built-up areas. By reinterpreting traditional architectural elements, like the stepping stones and the wooden wainscot, and incorporating new uses, we integrated the new and the old. Beyond the positive impact on this local community, we hope that this project will become an inspiring model to re-inject new life into many neglected traditional warehouses found in provincial Japanese cities. 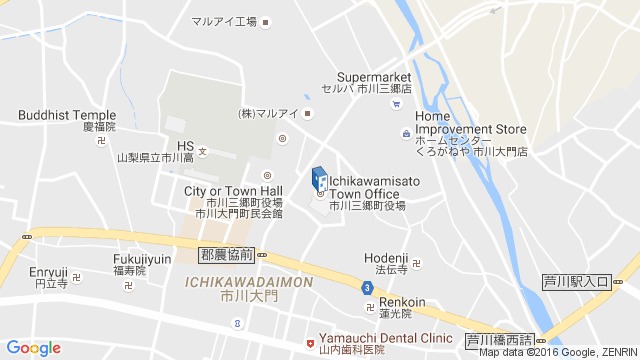