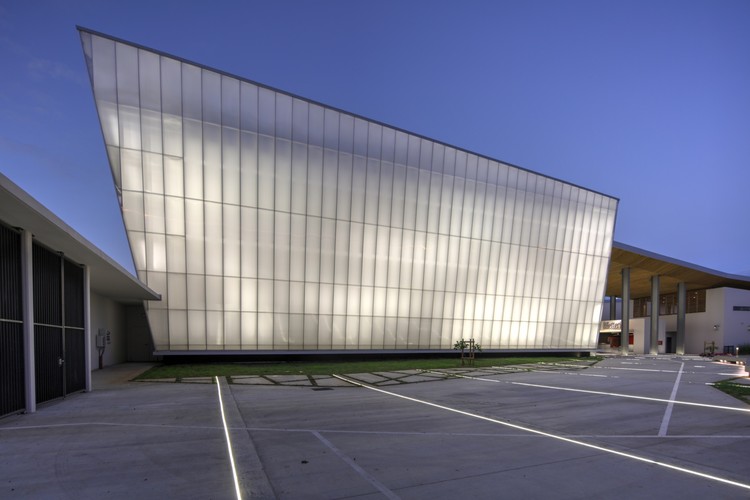 La Cité des arts is an artistic island located in the heart of an evolving area, to the East of the town of Saint-Denis, in Reunion Island. New lighthouse in town, it has been designed as a multidisciplinary village, with a concert hall of 350 seats (expandable to 600 via retractable seats), workshops for artists, studios for dance and theatre, studios for resident artists, an administration building, a bar, a restaurant and a cultural shop.

Under this monolith carved by the winds, small streets and courtyards punctuate the City, where the implementation of confined strips creates shady alleyways and private patios, which are refreshed by plantations, thus offering to the general public, as well as artists, places of relaxation, artistic encounters and workshops.

A city that reconnects the town to the coast
Restrained by a major road, which separated it from the town and from the ocean, the site has been subjected to an architectural work of urban reconnection. The project of La cite des arts, with its new links with the coastal path and surrounding neighborhoods, reconnects the town to the ocean, by creating a meeting point, an artistic confluence.

Footsteps of history
Although the program entailed some novelty, there was no point in erasing the history of this emblematic place, a former industrial site converted into a cultural and artistic place, and which recently hosted workshops for artists and a theater, the Palaxa. This one is preserved and renovated, like former industrial walls that make the link with the past, symbolizing the freedom of creation.

A mineral architecture
The project presents itself as a mineral project, as a monolith carved by the wind, the rain and the sun, like the ravines of Reunion Island. Its raw lines and angular concrete works interchange with the smooth and rough materials similar to rock strata found on the cliffs of the island.

A signal architecture
From this monolith emerges the volume of the auditorium (the Fanal), dressed in a double polycarbonate skin, illuminated at night. This volume is a real lighthouse, which has become an urban signal and the symbol of the city’s radiancy.

A set of double skin
The North and South facades form an envelope which protects the heart of the island: one in concrete, the other one made of glass. They allow interior facades to open up outdoor areas, offering all possibilities for contribution natural light and cross ventilation. These monolithic façades consist of a double skin that plays with bare interior façade either move away and create patios bringing freshness and green places, either to arrange for real visual openings to the coast or the city. 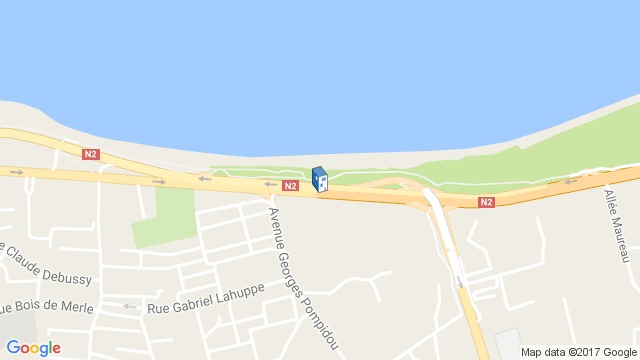 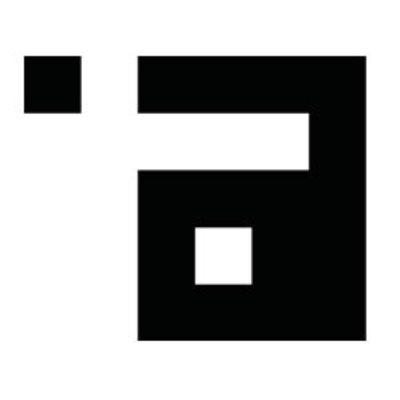 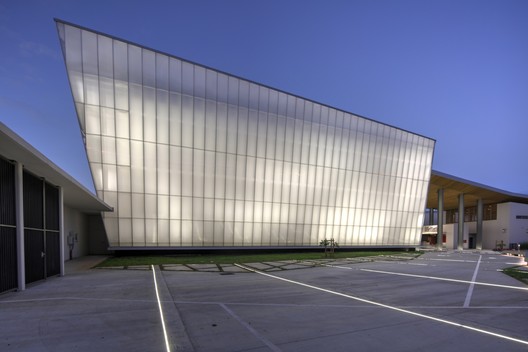