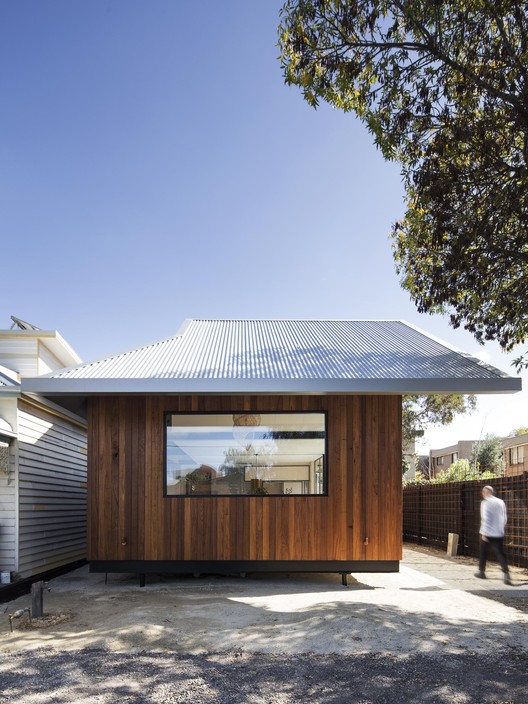 Text description provided by the architects. Seddon House by Melbourne based studio OSK Architects transforms what was a disused inner city car park into a compact family home.

Designed for 3 generations of the one family, the form of the building responds to the modest proportion of its neighbouring buildings, from the street appearing as a single storey construction.

“Having the building read at different scales, from different angles, was the real challenge of the project.’’ said Ben Waters, Principal of OSK Architects

“At first glance the building registers as a simple single storey structure, one that follows the logic of its street context. From the north, you realise a second floor fits within the roof form… the scale of the house opens up as you move around it.”

‘’The project emphasises the roof as a unifying architectural element. It’s geometry defines the scale and architectural expression of the building whilst controlling light and temperature throughout the year. It collects rainwater, allows for cross ventilation and provides the property with power via an integrated solar system.’’

The site is located within a flood zone, and in response the building floats above the natural ground level to avoid inundation. A highly engineered concrete slab is suspended above the landscaping, supported by screw pile footings, raising the finished floor level of the house above 100 year flood levels.

Built for a passionate, creative family who are environmentally conscious, the building combines  passive and active technology to reduce energy consumption. Air,  water and materials are all recycled throughout the design.

Large operable awning windows open the house up to the north elevation, whilst small highlight openings to the south allow for optimal cross ventilation.

Inside the house material details are highly crafted to form individual expression throughout the spaces. Small eccentricities including recycled 1950s sandblasted glazed doors, fitted with found river stones as handles, joyfully articulate the unique character of the building and its inhabitants. 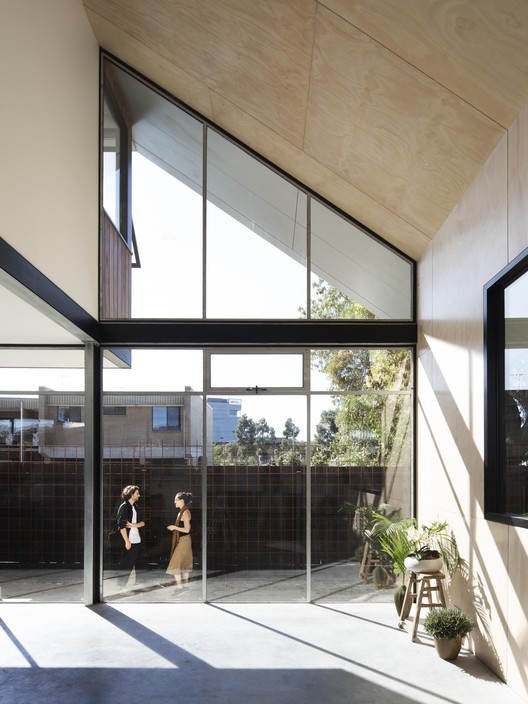