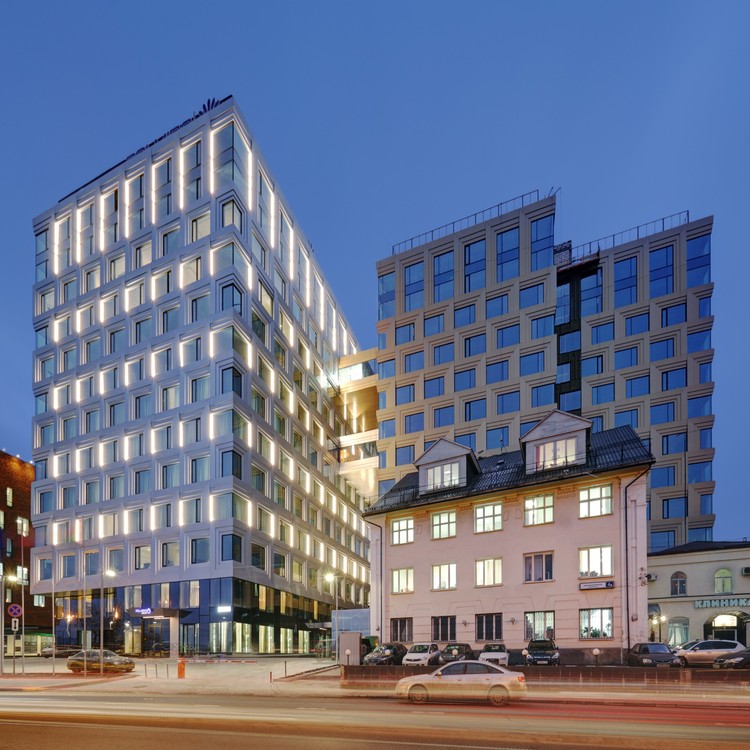 Text description provided by the architects. Danilov Plaza is a multifunctional complex situated on the first line of buildings on Novodanilovskaya Embankment in Moscow. This area, which was until recently considered lacking in prestige due to its numerous disused industrial buildings, is currently undergoing a transformation into a modern business district. The main driving force in this change of image is the construction of several business complexes designed by leading Moscow architects along the River Moskva.

Danilov Plaza consists of two 13-storey blocks linked by glass passageways. The two-part volumetric composition is reflected in the design of the buildings: the façade of the building which stands closer to the river is clad with unpainted aluminium composite panels, while its sister building is faced in panels with a gold-coloured coating. In addition to using visually striking materials, the complex’s façades employ the kind of ornamental motifs which are characteristic of SPEECH. The frames of the square window apertures – which, thanks to the additional relief contours, resemble perspectival portals – form an unusual geometrical pattern covering the larger part of the buildings. The displacement of the axis of the portals relative to the axis of the windows creates a changing play of light and shadow on the façades and produces the impression of a moving, ‘living’ membrane –a kind of scintillating suit of ‘chainmail’ worn over the powerful ‘torsos’ of the blocks.

The façade theme changes twice: the two bottom and two top storeys of the buildings are of a different design. The bottom part of each building is mostly of glass, making the buildings seem to float above the ground. The top floors differ from the main façade pattern in having taller window apertures, the upper parts of which are additionally divided into three narrow panes. Thus the classical technique for decorating the attic floor of a building works perfectly well in modern architecture too, making the building seem lighter, harmonizing its proportions, and accentuating the cornice. 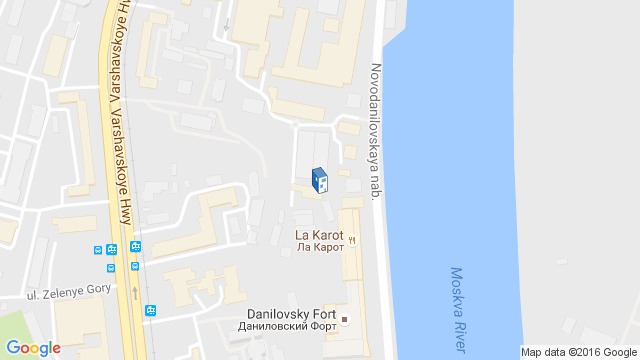