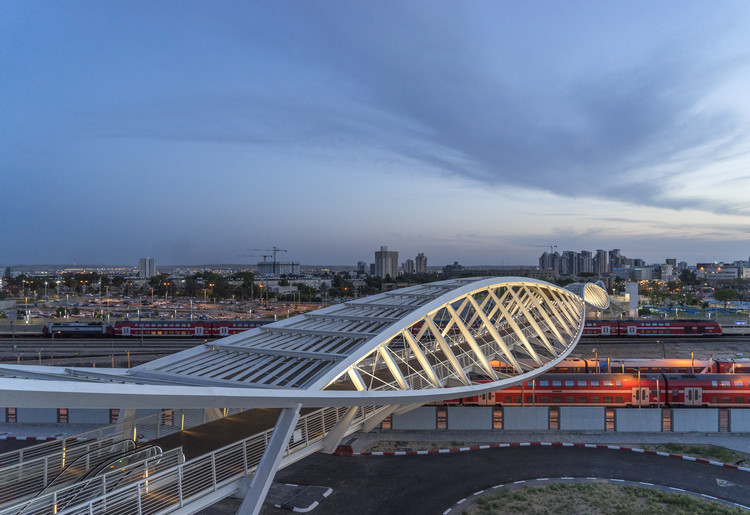 Text description provided by the architects. The new pedestrian bridge, connecting the high-tech park and the Beer-Sheva Tzafon train station (and Ben-Gurion University), was officially inaugurated and opened on 12 June, 2016. At some 210 meters long, the steel bridge is a scenic point of reference as it spans over the active and operational and railways and the site of future ones. The bridge’s design incorporates over 200 types of different steel beam cross-sections, making up its unique geometry – four steel arches, curling and twisting, creating two broad lenses with openings of 110 meters and 70 meters. The credit for this unique design goes to Bar Orian Architects and Rokach Ashkenazi Engineers.

The high-tech park is located within walking distance from the Beer Sheva Tzafon train station. Until recently, employees who had arrived at their jobs in the park by car, and saw their offices just hundreds of meters away, had to take taxis or busses to bypass the train station and the adjacent neighborhood in order to arrive at work. This problem was already a known issue during the park’s design and construction, and to address it, the Municipality of Beer Sheva initiated an architectural competition for the design of the “perfect bridge.” The bridge was to provide a solution for the park’s access problem for pedestrians and bicyclists, as well as become a symbol to the new park and become a unique point of reference in the new emerging landscape. Many firms were invited to submit their suggestions for the future bridge, and Bar Orian Architects won the competition along with Rokach Ashkenazi Consulting Engineers.

The pedestrian bridge provides a useful and convenient connection between the technological park and the train station, as well as a unique and significant point of reference in the evolving scenery. The goal was to create a bridging structure as opposed to a technical element connecting two ends – a structure that is an architectural element, generating movement and change. The engineering and design scheme are based on four steel arches which twist and undulate, creating two “eyes” in the space between them. The arched formation creates a protected space for pedestrians, an experiential and exclusive journey, in which each step reveals a surprising view of shapes, materials, and sights. The bridge embodies movement which can been seen in the design of the arches, the secondary foundations and the connecting elements, movement whose inspiration is suggested by  the endless dynamics taking place among the train platforms below. The result is a structure that is a space with three supports – one at each edges of the bridge, the third at the planned train platform.

The bridge is 210 meters long. Its upper part is roofed to provide protection and shade from the sun, dust, sand storms, and rain. The sides are open to allow the flow of natural air and eye contact with the surrounding environment. This way, the shell serves as a climatic element, as the natural of the openings allow maximal control over air flow and filtration, shading, and filtering of natural light in the spaciousness of the desert.

The lighting design for the bridge was very much derived from the architecture of it; there was no intention of telling a different story at night than during the day. There was a process of deciding what to show at night – what to light. The result is that the bridge almost appears to be hovering at night as if it was lifted off the ground to allow the trains to pass underneath.

There is a strong sense of safety and security at night but because what is mainly lit is the structure and not the path there is still a very relaxed and intimate atmosphere on the bridge. 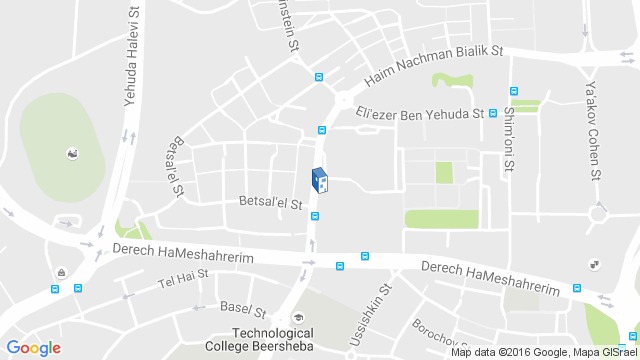 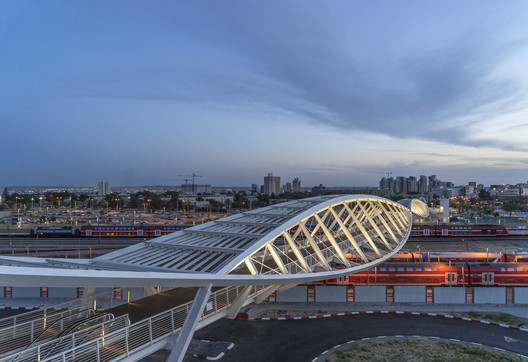