Studio Gang has been selected to design next year’s installation of the Summer Block Party at the National Building Museum in Washington, D.C. The temporary exhibition will be the latest in the Museum’s annual series, after this year’s ICEBERGS by James Corner Field Operations, and previous installations like Snarkitecture’s The BEACH in 2015, and Bjarke Ingels Group’s BIG Maze in 2014.

We are delighted to embark on a new collaboration with Studio Gang over the next year, said Chase W. Rynd, executive director of the National Building Museum. With their creativity and impeccable design credentials, they are poised to reimagine the possibilities of this series.

The concept for the new exhibition is currently in development, and will be announced in early 2017.

The installation will open to the public on July 4, and will remain on display until Labor Day 2017.

News via The National Building Museum. 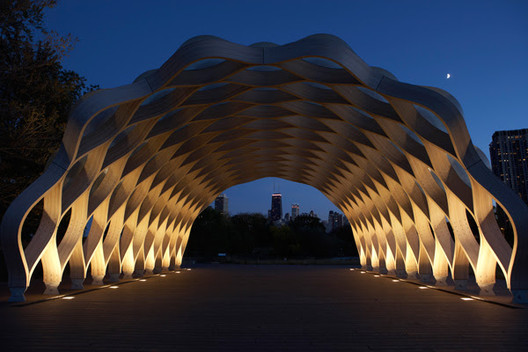