TREDJE NATUR, AART Architects, and Arup have teamed up for a competition proposal to redesign Kronløbsøen, an island development marking the transition between port and city in Nordhavn, Copenhagen. Composed of 30,000 square meters of housing, six water-rooms, a houseboat colony, harbor bath, and multi-story underwater parking, the project aims to create an island celebrating all aspects of harbor life. 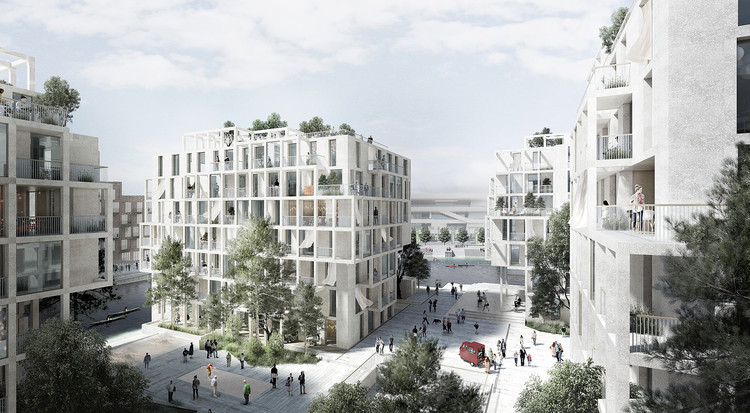 Stairs and plateaus step down towards the water—where the profile of the project is shaped by changing tides and seasons—and separate private from public space.

“A variety of harbor species sprout from between the cracks, creating lush buffer zones on the building edges” - said the architect on a press release.

Three levels of underwater parking service residents beneath the plinth via an underwater tunnel, which emerges from the neighboring pier, Fortkaj, where the formal grid and recessed of Kronløbsøen are continued. 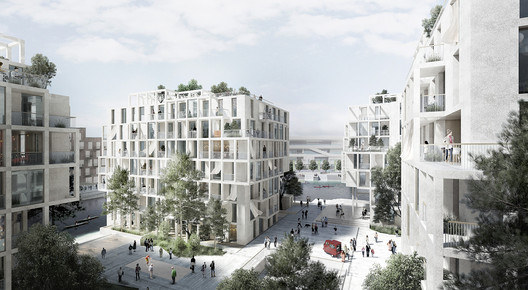