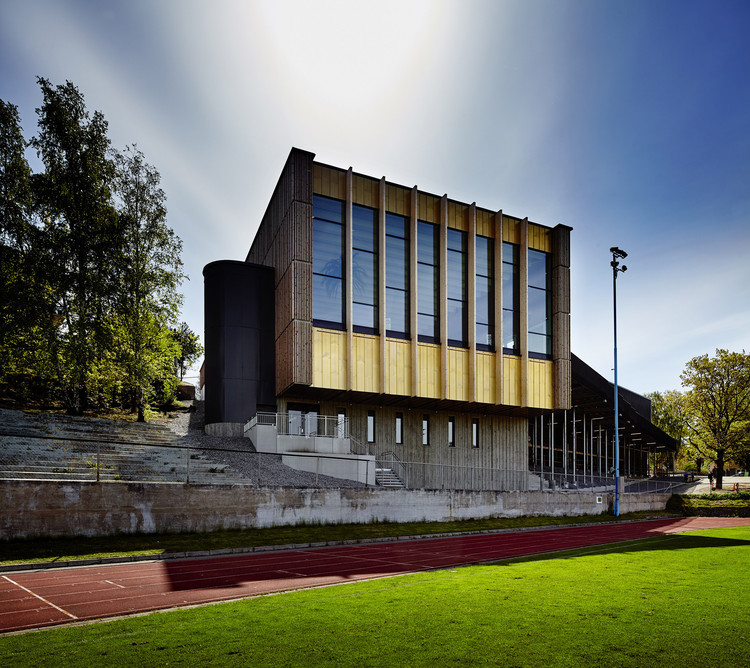 Text description provided by the architects. The indoor swimming pool located in Sundbyberg, originally designed by Åke Östin in 1978 has now been expanded to accommodate the municipality's growing population. The new addition includes a new 25-meter pool with a height adjustable bottom, a children´s swimming pool, a new side entrance, locker rooms, offices, conference rooms and a large sun deck. The project also included a new wellness center run by an independent operator.

The new building forms a separate volume that directs itself toward the sports field to the west. The new pool space is cradled by two parallel wood-paneled walls that seem to spring from a natural granite outcropping and a new concrete foundation - its characteristic, rough-hewn wood formwork still exposed. The large sun deck opens up to the south, embracing the older building volume and connecting the older to the new. On warm summer days, when the large glass sliding-doors are open, the sun deck becomes a natural extension of the new swimming pool space.

Sundbyberg’s swimming hall is in many ways a typical example of the many swimming halls that were built in Sweden in the 1970’s – a simple brick building devoid of unnecessary embellishment, meant to provide citizens with the opportunity to learn to swim. Despite its humble and utilitarian ambitions, it demonstrates a clarity of design and a number of carefully chosen elements and details that enhance the architecture beyond the ordinary.

The swimming pool is located along the central street of Fredsgatan, raised above the surrounding landscape upon a rocky knoll and slightly skewed in plan compared to the surrounding buildings, as was typical for the time period. The roof's profile is accentuated by the corrugated metal roofing which stretches down onto the façade above a strip of windows that provide the pool space with natural light. The exterior brick reappears on the inside - partially as airbrick, to improve the acoustics.

Since the building is a concrete structure with high demands for humidity control, we designed the wooden facade as a series of panels that “float” outside of the building envelope, easy to demount for future maintenance. This wooden facade refers to the original building’s horizontal character, while the large cantilevered glazed gable façade of the new swimming hall is clearly vertical. The robust glulam beams of the gable façade align with the lanes of the pool itself and help to shade the pool from the sun.

Inside, wood recurs in the form of acoustic panels in the large swimming hall, a material which can also be found in the original interior. Again, airbricks are used to improve acoustics, but this time they are glazed in a cheerful turquoise color. The lofty height of the room gives the space an added quality, in contrast to the more modest height of the older hall.

Sundbyberg’s swimming pool was inaugurated on January 1, 2015 and was immediately seen as a great success by both new and old visitors, reflected in the dramatic increase in visitor numbers. The swimming pool is open to all and is the first LGBTQ-certified Swedish indoor swimming pool with a designated gender-neutral locker room where it is possible to change in private. The new pool is a multi-pool, which means that the bottom is adjustable in height, thus it can adapt to the varied needs for training, children and adult swimming classes. The pool is also equipped with lift-platforms and is handicap-accessible. The swimming pool makes a noted effort to make all residents of the community welcome, as can be seen in events such as the annual Christmas Bath, that is particularly aimed at the homeless and economically disadvantaged. 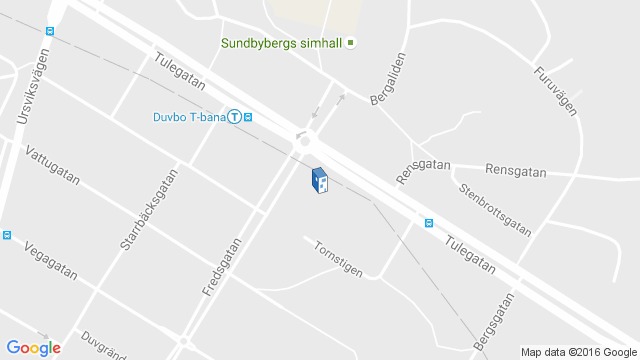 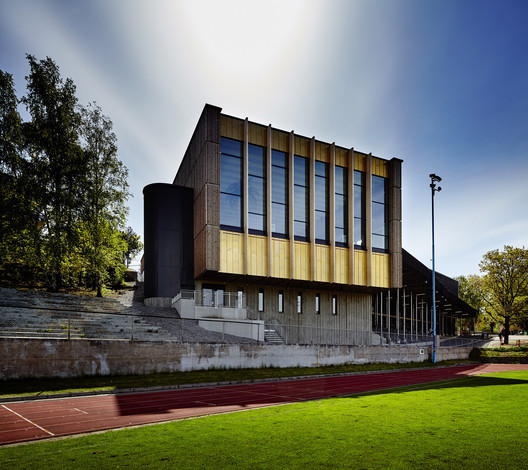