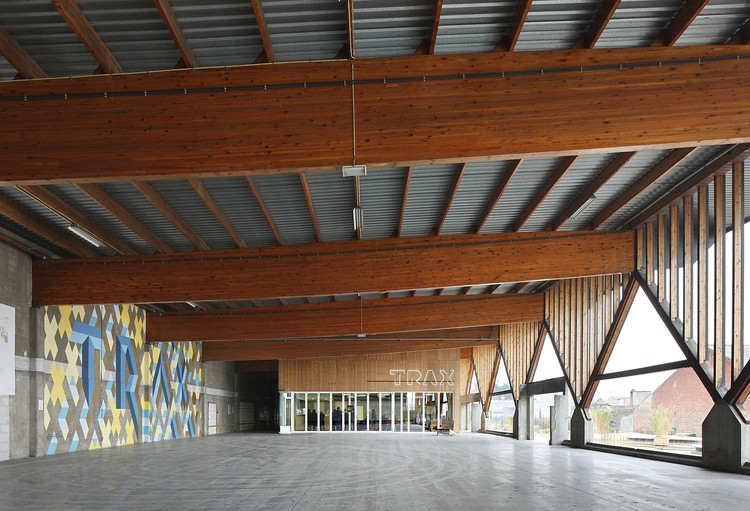 Text description provided by the architects. The redevelopment of a former train transfer station to a cultural site in the center of Roeselare, Belgium. Important characteristics from the surroundings and the impressive existing structure on an elevated square were the key starting points. By opening up the former warehouse on all sides and removing some small buildings we see the large plinth as one elevated urban square, the starting point of a large new and green strip in the larger masterplan for the uninhabited area’s next to the railway. Underneath the large canopy, 4 new volumes are carefully placed, searching for a balance between build and unbuilt space; between defined and non-defined area’s.

The conservation of the former warehouse is crucial to make a transition and new identity for this space. There are 4 buildings planned under the canopy with a variety of functions; repetition rooms, party hall, artist studio’s, depot, etc. The most public functions are placed more at the front of the plinth. The open character of the structure also allows for lots of outdoor activities; organised or not.

Phase 1 of the masterplan is currently build with the realization of youth and meeting center TRAX. 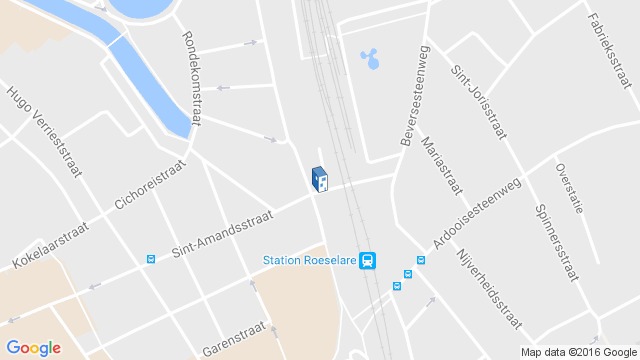 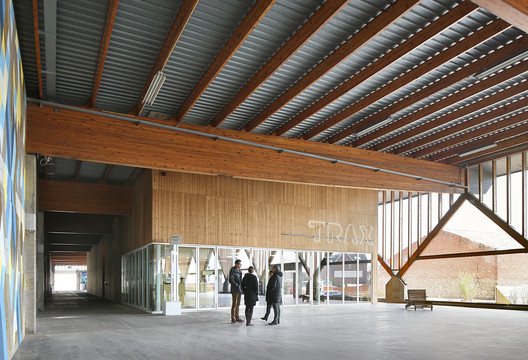 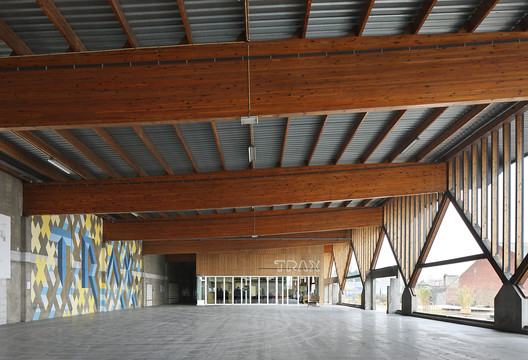