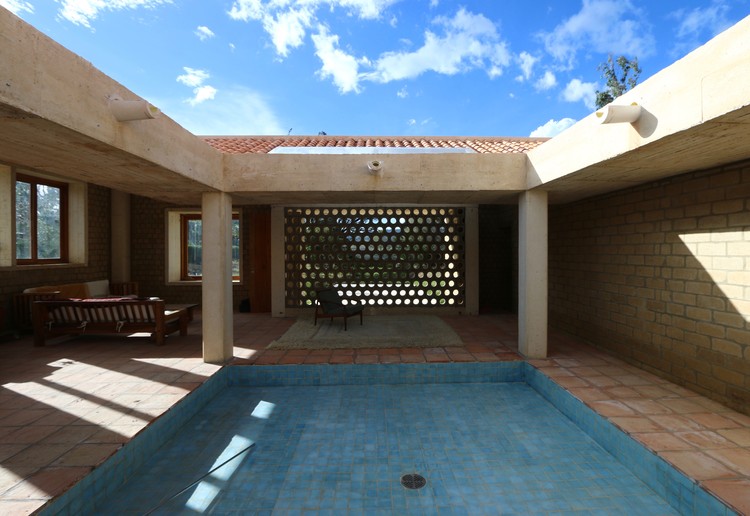 Text description provided by the architects. The construction of the Earth House is possible thanks to a mother and daughter’s wish to build a rural home where they would settle in at some point in the near future.

The house is located in Villa de Leyva, a historical municipality considered a national monument due to its colonial architecture and the considerable historic burden among the land. There, the new architectural projects are jealously supervised by a strict building policy that seeks to preserve those colonial times, or at least their aesthetics.

Even though architectural homogeneity in the municipality has been achieved through this policy, the logics and construction techniques have been overshadowed by an external purpose; it is normal to find metallic structure constructions that will soon be covered by a cladding layer in order to preserve a hollow image, leaving doubts about what the actual means of the building policy should be.

In general terms, Villa de Leyva is a place of high contrasts. Dry soil lands nourished by still water bodies. From the moorland of Iguaque to desert lands just a few kilometers away. A place that has suffered several geological transformations through time, going from a primeval ocean during the cretaceous period to mountain chains nowadays; loading the place with magical characteristics and multiple possibilities.

The Earth House is placed on a very low slopped ground, with mostly dry soils and surrounded by vegetation able to endure the lack of precipitation, although there are several small-sized ponds across the land usually accompanied by tremendous rock formations.

In the distance, it is possible to gaze Iguaque’s mountains, which represent a geographical landmark for the Muisca culture.

As a response to the complex temporal, historical and geographical conditions, a house characterized by contrasts is proposed. The Earth House is orientated towards a horizontal axis that connects the house with the pond, and a vertical one that links the house’s center with the sky. The house comes from a square plan divided in nine smaller ones, with the one in the middle being a patio that connects the areas as in a cloister typology. An architectural strategy that has been used from the archaic Greek oikos, to Chinese, roman, Arab and Spanish houses.

Also, the Earth House aims for a building clarity that responds to different logics: an ochre concrete roof pitched towards the central patio supported by 16 columns with the same materiality that respond to a tectonic nature. And on the other hand, the thickness and massiveness of the hand-made adobe walls, which responds to a stereotomic nature.

On the inside, it is possible to clearly identify two different zones: an open one that contains the social areas such as kitchen, living room and dinning room, and one more closed that aims to preserve the intimacy of the bedrooms.

Among the main goals intended to be attained by the Earth House, is for it not only to be an all-time type of architecture that meets the needs of the client and the main concept from where it was conceived, but also for it to not be apathetic to the complexity of the surroundings and the historical context. It is an opportunity to think about the domestic and the human pass through the world.

Architecture that is born from stone and water; under the sky and for the sky; on the earth and of the earth. 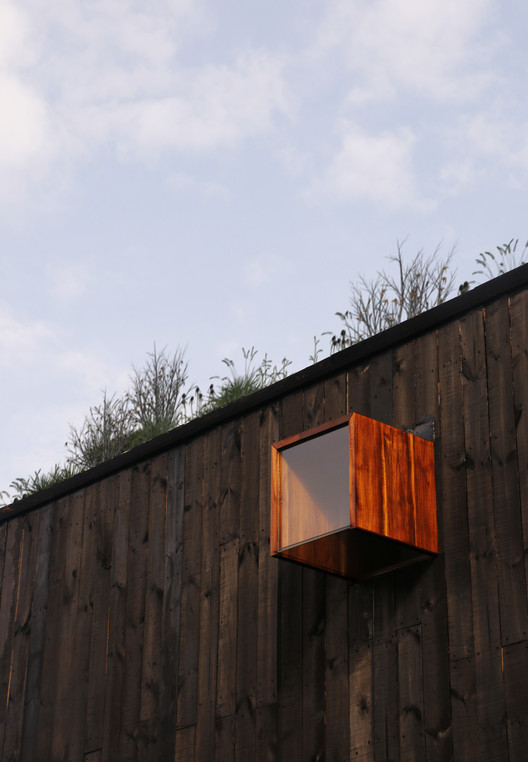